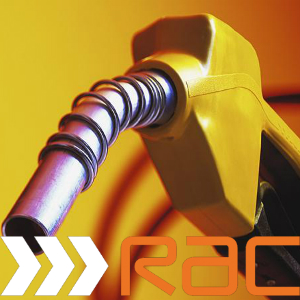 Eighty-four per cent of motorists believe the tax burden on fuel is already too high even before the Chancellor decides whether or not to increase fuel duty in the Budget this week, according a survey conducted by the RAC.

As a result 80% want to see George Osborne cut duty or at least continue the freeze he has maintained since cutting the rate by a penny in the 2011 Budget.

More than a quarter (26%) of the 1,372 motorists questioned by the RAC would like to see duty kept at 57.95p a litre for the rest of the Parliament whereas 18% would be happy with the freeze to be extended by another year on 16 March. However, more than a third (36%) want Mr Osborne to go a step further and cut duty by a penny or more.

Since autumn 2014 when petrol was 129p a litre and diesel was 133p, pump prices have fallen to around £1 a litre for both fuels as a result of the plummeting cost of a barrel of oil. Consequently, with forecourt prices now as cheap as they were in 2009, 80% of motorists say they have benefitted from reduced car running costs and nearly half (46%) say they have more disposable income.

This is something the RAC is keen to remind the Chancellor of ahead of the Budget. He more than anyone should be aware of this as both independent modelling and the Treasury’s own analysis have demonstrated that an increase in fuel duty has a negative impact on economic growth.

Unfortunately, even without a duty rise, motorists might be about to experience the first significant rise in average fuel prices in eight months as the oil price is close to going back above the $40 mark for the first time since 4 December 2015. Combined with a weaker pound, this is likely to lead to a rise in pump prices of around 3p a litre. If this were to be coupled with a duty rise in the Budget, motorists could face a dreaded ‘double whammy’ pump price rise at the beginning of April.

Nearly seven in 10 (68%) of the motorists polled by the RAC said their driving and lifestyles would be negatively impacted by a duty rise, with half (49%) fearing the increased costs would lead to them spending less on other items and almost a quarter (23%) saying they would probably drive less.

But how much additional revenue does the Chancellor stand to generate by increasing fuel duty? Currently, HMRC figures show that the Government collected £26.7bn from the 46.2bn litres of fuel sold in 2015. This revenue figure has remained constant as the number of cars has increased from 28.4m in 2010 to over 30m in 2015 due to the average fuel efficiency of new cars leaving the showroom improving year-on-year over the same period.

* Annual revenue based on 2015 fuel sale volumes – 17.3bn litres of petrol; 28.8bn litres of diesel
RAC fuel spokesman Simon Williams said: “The feeling we are getting from motorists could not be clearer: they do not want to see the Chancellor announce a fuel duty rise in his Budget speech this Wednesday. There is widespread consensus that lower fuel prices have left people with more money to spend elsewhere which both Government and independent analysis shows is good for the economy.

“The Chancellor has an excellent record of freezing duty but by not referring to it in the Autumn Statement, he implied that the 57.95p currently charged on every litre will be subject to inflationary increases in line with RPI from April 2016 onwards. And, even an above inflation increase cannot be ruled out. But what is very clear is that any increase will go down like a lead balloon with motorists.

“We strongly urge Mr Osborne not to go down this route. As a tax, fuel duty is well past its ‘sell by date’ – a fact clearly demonstrated by the underlying year-on year decline in revenue as vehicles become more fuel-efficient and ultra-low carbon vehicles become the norm. Indeed, fuel duty revenues have only been maintained at their current levels because nearly two million extra cars have been licensed for road use in the last five years. However, the Chancellor cannot rely on an ever-increasing number of cars on the road to balance the books.

“The Chancellor should really be giving more back to motorists who are constantly complaining that the quality of the country’s roads is sub-standard. Whilst the Government is to be applauded for announcing ring-fenced funding for major roads, local roads are still in dire need of an increased level of long-term investment.”

The RAC pre-Budget research showed that 81% of motorists rate the current state of roads in their local areas, in terms of surface quality and potholes, as poor. Ninety-two per cent say that not enough of the revenue from fuel duty is spent on maintaining and improving local roads.

As a result, 86% think the Government should create a ring-fenced fund to maintain local roads, similar to that announced for major roads in the summer 2015 Budget by hypothecation of vehicle excise duty receipts.

The RAC’s Budget representation submitted to the Treasury in January 2016 can be viewed here.

Have your say in the comments, do motorists already pay too much, or is it time for a raise? How would this affect your fleet?