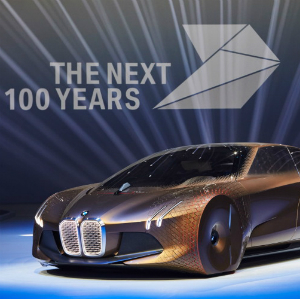 BMW made headlines earlier this week with the unveil of the BMW VISION NEXT 100 – the super futuristic concept that looks way ahead into the future. In developing the BMW VISION NEXT 100, the main objective was to create not an anonymous vehicle but one that is highly personalized and fully geared to meet the driver’s every need.

For the BMW VISION NEXT 100, the design team specifically took into account all the trends and technological developments that will be most relevant to BMW in the decades ahead. But they also took many of their cues from innovations and designs of the past.

Adrian van Hooydonk, Head of BMW Group Design: “If, as a designer, you are able to imagine something, there’s a good chance it could one day become reality. So our objective with the BMW VISION NEXT 100 was to develop a future scenario that people would engage with. Technology is going to make significant advances, opening up fantastic new possibilities that will allow us to offer the driver even more assistance for an even more intense driving experience.

“My personal view is that technology should be as intuitive as possible to operate and experience so that future interactions between human, machine and surroundings become seamless. The BMW VISION NEXT 100 shows how we intend to shape this future.”

In designing the BMW VISION NEXT 100, the starting point was the interior. In the years ahead, the driver’s well-being will become increasingly important, and rather than merely feeling they are in a machine that drives itself, they should sense that they are sitting in one that was specifically designed for them. 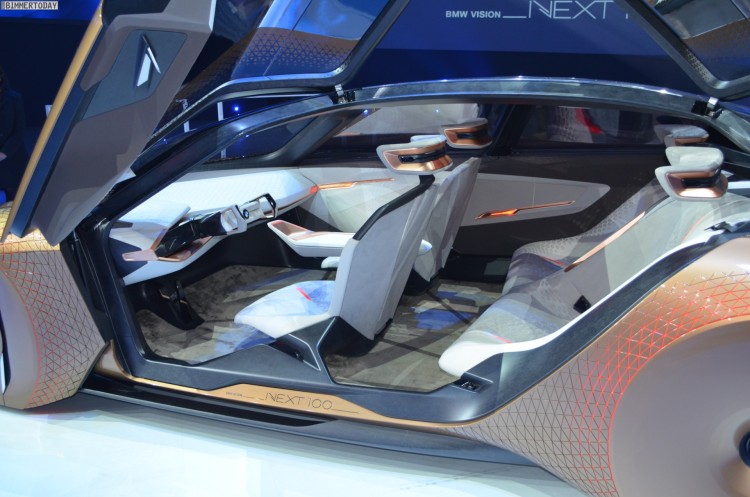 A very important element of the Vision Vehicle is another innovation known as Alive Geometry, the likes of which have never before been seen in a car. It consists of a kind of three-dimensional sculpture that works both inside and outside the vehicle.

Alive Geometry consists of almost 800 moving triangles which are set into the instrument panel and into certain areas of the side panels. They work in three dimensions, communicating very directly with the driver through their movements, which are more like gestures than two-dimensional depictions on a display. Even the slightest peripheral movement is perceptible to the driver. In combination with the Head-Up display, Alive Geometry uniquely fuses the analogue with the digital. 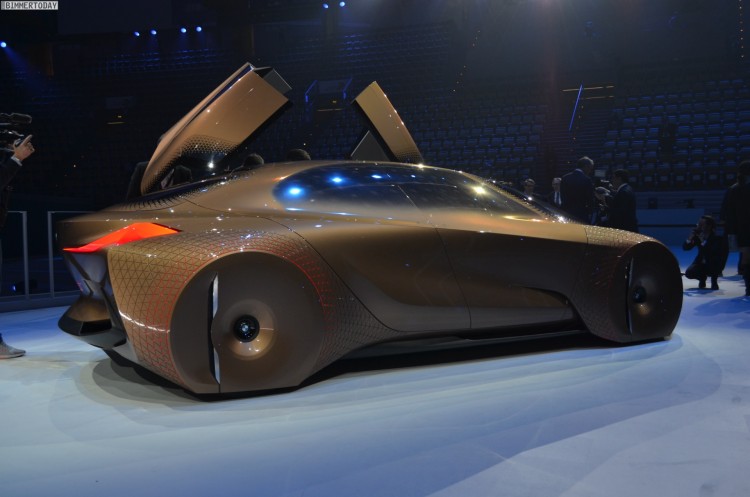 The triangles work in much the same way as a flock of birds in controlled flight, their coordinated movements acting as signals that are easily comprehensible to those inside the car. Combined with the Head-Up display, they involve the driver in a form of precociousness communication, where an intuitive signal predicts an imminent real-time event.

Click the link below to see Adrian Van Hooydonk – Chief design BMW Group – and Karim Habib – BMW Head of Design – talk about the new concept, and what it means for the brand and for the future of mobility.