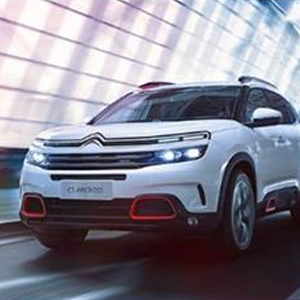 PCD Automotive divisionrevenue amounted to €8,418 million up by 11.6% compared to Q3 2016. This increase was mainly driven by the product mix (+5.4%) and the volume and country mix (+5.7%) improvement linked to the worldwide success of the Group’s new models (Peugeot 3008, 5008, Expert and Traveller, Citroën C3, C3 Aircross, C5 Aircross, Jumpy and SpaceTourer), as well as sales to partners (+2.7%), that more than compensated the negative impact of exchange rates (-2.3%).

OV Automotive division revenue amounted to €2,789 million for the two months of August and September.

Q3 consolidated worldwide sales as well as market share were up in all regions (Europe, Middle East Africa, Latin America, Eurasia and India Pacific) except in China. Including volumes of Opel Vauxhall2, sales were up by 23.8% in Q3 2017 versus Q3 2016.

Jean-Baptiste de Chatillon, Chief Financial Officer of Groupe PSA and member of the Managing Board, said: « The Groupe PSA and more specifically PCD is now combining strong growth with its price and cost discipline. This is key for achieving the challenges ahead of us in an ever so uncertain economic environment. »

Market outlook: for 2017, the Group expects the automotive market to grow by approximatively 3% in Europe, 5% in China, 7% in Latin America and 8% in Russia.