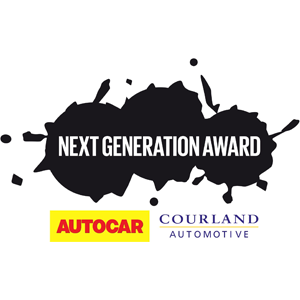 Britain’s next generation of automotive talent has just four weeks left to enter the Autocar Courland Next Generation Award and jump start a career in the UK’s booming automotive industry.

While average wages across the UK have remained largely static over the last 10 years, workers in the automotive industry have seen an average increase in pay of 33% over the same period.

Soaring car sales and exports, as well as a 250% increase in investment in R&D in the last decade, have led to a rise in the number of lucrative job opportunities in the car industry.

Meanwhile, the UK is also producing more expensive cars than before – the average value of every car exported from the UK has gone up from £11,000 to £20,900.

The UK supply chain has also benefited, further expanding the raft of opportunities available to young people aspiring to work in the automotive field. The percentage of car parts sourced in the UK has risen from 36% to 44% since 2011, representing an additional £3 billion worth of parts made in Britain.

Despite the buoyant state of the industry, there is still a shortfall of new graduates to drive it further forwards – in engineering alone, there are an additional 20,000 new graduates a year required to maximise the growth of the automotive sector.

The Autocar Courland Next Generation Award has a proven track record of not only identifying the best emerging young talent but providing a springboard into the industry. Three quarters (74%) of all finalists are now working in the sector.

The initiative is open to entrepreneurial young adults aged 17-25, who submit an original idea or innovation that they believe would improve UK automotive business in one of five areas: mobility, connectivity, sustainability, customer experience or marketing and communications. The deadline for entries is 5pm on August 29.

Autocar’s editor-in-chief and head judge on the Next Generation Awards panel, Steve Cropley, said: “Britain is renowned the world over for its talented automotive workforce and its rich pedigree means that the industry has long demanded more employees than the country can supply.

“While Brexit provides a challenge for the car industry, the opportunities and good wage packets are undeniably there for aspiring young workers thanks to investment in R&D and the fact that we are making higher value cars here now.

“In 2006, Jaguar’s highest-volume car was the X-Type and Nissan’s was the Micra. Today, they have been replaced by the F-Pace and the Qashqai, cars that are worth about twice as much.”

The Autocar Courland Next Generation Award was started in 2009 to be a springboard into the automotive industry for young people.

The winner of the 2017 competition will receive a £9000 cash prize, industry acclaim and a money-can’t-buy six-month work experience programme, shared between award sponsors Honda, Jaguar Land Rover, McLaren Automotive, Nissan, Toyota and Horiba Mira, which has joined as a new award patron this year.

In total, 74% of the finalists of the award since its inception have found industry positions. Jonathan Maynard, a finalist in 2012, is Lead Engineer for Interior and Exterior Components at Aston Martin and 2015 winner, Nicole Agba, is a Colour and Materials designer at McLaren.

After graduating from Leeds University in 2012 with a BA (Hons) degree in design and colour technology, she went straight into a job as an interior designer. But her passion was always with automotive design and, having reached the final stages of the Next Generation Award, she was soon offered her “dream job”.

She said: “Working on the F-Pace was a challenging but very rewarding role, especially seeing the final product come to life. My primary objectives were the development and delivery of both interior and exterior materials and finishes for the car, liaising with design, marketing and engineering along with external suppliers to ensure the design intent and vision was maintained throughout the development process.

“If you can identify a gap in the market, the opportunity to present your ideas to a well-connected and experienced panel is incredibly rewarding but can be extremely challenging. It’s very important to be clear and confident when you communicate your idea to the panel. The Next Generation Award can open doors and offer crucial experiences for the next generation of designers wanting to enter the world of the automotive industry.”