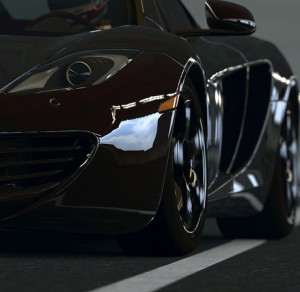 A 2012-registered McLaren MP4-12C sportscar is to be offered for sale at British Car Auctions’ (BCA) Blackbushe centre next Wednesday.

The British-assembled supercar, which costs more than £200,000 when new, offers a staggering top speed of 207mph and achieves 0-60mph in 3.1seconds.

Right-hand drive and in black, the up-for-grabs vehicle has covered just 6,400miles from new and is the first of the current generation of McLaren supercars to be sold by BCA.

It is offered with an up-to-date service history from McLaren London and the correct documentation.

Tim Naylor, of BCA, said: “This McLaren will be the star of our sale at Blackbushe on Wednesday, 23 October and we are expecting a huge amount of interest from buyers not just in the UK but from Europe and further afield.

“The McLaren is a handcrafted sports car which I am sure will appeal to any motorist looking for a high performance vehicle.

“The high-end prestige and sports market has a strong following with buyers and we have seen lots of interest in high value vehicles during 2013 with bidders prepared to invest six-figure sums for the right vehicle.

“It could be that some well-heeled buyers are simply deciding that their money might as well be put to good use on a prestige car rather than languishing in a savings account that is paying very little interest.”

Image courtesy of adrien_tougas, with thanks.