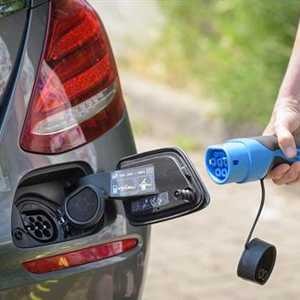 UK Power Networks is to trial a revolutionary way of managing spare electricity network capacity that could save customers £271million by 2030 and cut more than 448,000 tonnes of carbon emissions by 2030.

The company has been given the go-ahead for the research project that will potentially release spare capacity to support the predicted increase in electric vehicles. Ofgem approved the joint bid by UK Power Networks and SP Energy Networks as part of their annual Network Innovation Competition.

The project called Active Response will trial a responsive, automated electricity network that reconfigures itself constantly, moving spare capacity to where the demand is. It does this by using power electronics to move electricity from heavily loaded substations to nearby substations with spare capacity.

By 2030 it is anticipated there will be up to 1.9m electric vehicles in use across London, the East and South East of England where UK Power Networks delivers electricity – including London’s buses and taxis. This could significantly increase peak demand for electricity.

Under the regulatory system, the cost of building the additional capacity would have to be borne by customers, so UK Power Networks is using innovation to optimise its existing infrastructure to reduce this cost.

Active Response will be the first time that electricity networks can proactively move spare capacity around the system to support areas that are using more electricity. This means providing additional capacity in residential areas in evenings and at weekends when people are charging their cars, and then moving that spare capacity to where it is needed during the day – such as city centres, commercial hubs or electric fleet charge points.

Upgrading an electricity substation, or adding entirely new substations and cabling when customers need more power, takes time, costs money, and can cause roadworks. Instead, Active Response could allow electricity companies across the UK to use these power sharing techniques to connect new customers, and those requesting more power, quicker and at lower cost.

Active Response could save customers nationwide £271million by 2030 and cut more than 448,000 tonnes of carbon emissions by 2030, which is the same as almost half a million return flights between London and New York.

UK Power Networks’ head of innovation Ian Cameron said: “A low carbon transport revolution is coming and UK Power Networks want to make sure electric vehicle users can charge when and where they want at the lowest possible cost. Active Response is one of our key projects to enable this, by allowing us to research how we can move any spare capacity around the network to where it is needed.”

James Yu, Future Networks manager at SP Energy Networks, said: “SP Energy Networks is delighted to be part of Active Response. The new technologies to be trialled in the project will be the engineering enabler for a low carbon economy. The benefits of innovation will be maximised by working closely in a collaborative manner.”

Active Response builds on previous research projects such as Flexible Urban Networks – Low Voltage, which delivered pioneering results by proving that an entirely new use for power electronics could be deployed on the electricity network.

UK Power Networks is working with partners on the project including Turbo Power Systems, Ricardo and CGI.