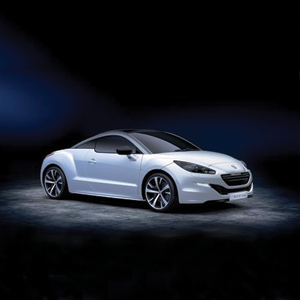 The PEUGEOT RCZ has scooped the award for the ‘Best Used Sports Car’ in the Diesel Car Used Car Top 50 and made the list of the top 15 best used cars overall.

Produced between 2010 and 2015, the RCZ was praised by Diesel Car for its stylish looks and intelligent design. The award adds to multiple accolades that the RCZ won in its lifetime, including Diesel Car’s ‘Best Sports Car’ for five consecutive years.

The PEUGEOT 308, a previous European Car of the Year winner, was also recognised as one of the best used cars in the top 50.

Ian Robertson, Editor of Diesel Car magazine, said: “Based heavily on the 308, the PEUGEOT RCZ has rakish looks and a clever double-bubble roof. Planted handling means the 161bhp 2.0-litre HDi engine has sufficient power to hussle the pretty PEUGEOT along swiftly, all the while delivering at least 53mpg, according to official figures.”

David Peel, Managing Director at PEUGEOT UK, said: “It is a fantastic achievement that the PEUGEOT RCZ is still receiving awards and being recognised for its impressive appearance, established handling and economic driving abilities. This accolade adds to the large number of awards the RCZ has won and shows that the high quality and performance of all PEUGEOT vehicles make them a practical and long term investment.”

Combining impeccable style and an efficient, punchy 2.0-litre turbocharged Diesel engine, the RCZ Sports Coupé has the capability to deliver on so many fronts. The RCZ has a stylish yet practical disposition, able to fold its rear seats to reveal a cavernous boot space, while its sports seats hug the occupants.

The Diesel Car Used Car Top 50 replaces the magazine’s annual Used Car of the Year awards and judges vehicles that are more than three years old.