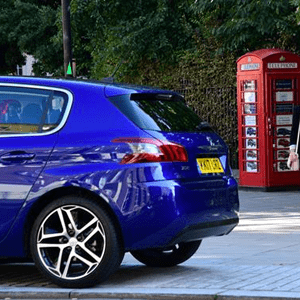 The total business fleet leasing* market for cars and vans has grown 7.6% year-on-year to 1.35 million, according to findings from the latest Quarterly Leasing Survey carried out by the British Vehicle Rental and Leasing Association (BVRLA).

Total car leasing (all leasing types) grew by 8% year-on-year down from 11% in Q1 2017. Much of this growth continues to be driven by the personal contract hire (PCH) segment, although growth rates here have also fallen in 2017. The latest data from BVRLA members, shows that the PCH sector grew 36% year-on-year and 7% quarter-on-quarter.

Average CO2 figures for newly registered lease cars grew to 111.8g/km in Q2 2017, up from 110.8g/km (+0.9%) from the previous quarter and up 0.7% compared to the same period in 2016. The main reason for this rise is likely to be the increasing share of PCH vehicles within the wider BVRLA leasing fleet. The average PCH car on the BVRLA member fleet had emissions of 120g/km CO2, compared to the 111g/km of those on contract hire.

The growth in average new car emissions was mirrored by the wider market, where average emissions for all new car registrations rose to 121.3 g/km, up by 0.7% year-on-year and the previous quarter.

The proportion of diesel cars in the BVRLA fleet remains static at 74.9% in Q2 2017, but has fallen 2.5% compared to the same period in 2016. Last quarter saw the proportion of new diesel registrations rise slightly to 68.1%, although this figure is 6.5% down year-on-year.

BVRLA Chief Executive Gerry Keaney says “Personal contract hire continues to drive growth in the car leasing market and this is having a clear impact on the automotive industry’s long-term goal of reducing CO2 emissions.

“Company cars are cleaner than the average privately procured car, and the government should be supporting this market with a progressive company car tax regime that doesn’t encourage people to do their own thing.”