PCPs and new engines ‘give Volvo an edge’ 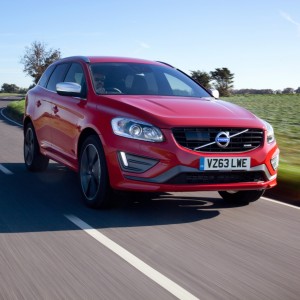 A change in the way UK customers are communicated to is being heralded as the key driver behind Volvo’s growing order book.

Jon Wakefield, Sales Director at Volvo UK, has revealed the order take for January is running 58% ahead of the same month last year.

The impressive uplift comes off the back of 3% growth in 2013.

“Growth last year was a little down compared with the rest of the industry but it was 8% ahead of the previous year and we had the run out of models including C30,” said Mr Wakefield.

“We are growing faster now after refocussing dealers on selling cars through PCPs rather than through large cash discounts.

“This is the way the market has been moving on the retail side.”

Fleet sales have held up well for Volvo, and Mr Wakefield claims new engines currently being rolled out should maintain the appeal.

Mr Wakefield also added that there has been no negative impact following the sale of Volvo by Ford to Chinese carmaker Geely in 2010.

“Certainly people have not been discouraged,” he said.

“Volvo is so Swedish and I don’t think the average car buyer concerns themselves too much about the ownership of the company.”