“Pass Me A Falafel Mate” – Is It The End Of The Road For The Truck Stop Fry Up? 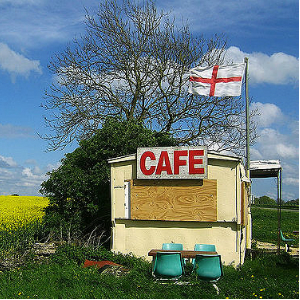 The words ‘low fat’ or ‘sugar free’ might not appear on most truck stop menu boards, but in fact that is just what four in 10 businesses say their HGV drivers tell them, according to research by RAC Truck Rescue*.

Finding a healthy snack while out on the UK’s road network every day is actually seen as one of the biggest frustrations facing commercial drivers, with 41% of firms saying lorry drivers in particular have reported this.

For lorry drivers this came above other issues on the road, including using mobile phones (40%), poor standard of overnight facilities (39%) and middle lane ‘hoggers’ (34%). The findings also suggest the end of the traditional image of the trucker chomping into a certain chocolate bar as they go.

RAC Truck Rescue spokesman Matt Dallaway feels says this is a positive sign for the HGV community as research by supermarket Morrison’s in recent years found that nearly one in three (28%) truckers were obese or morbidly obese against a national average of a fifth (22%)**.

Matt Dallaway adds “Of course we recognise that service station facilities are always improving and more and more food outlets are opening up for drivers, but there is clearly still more that can be done.

“The haulage sector industry has struggled with concerns over the health of its workforce, so it’s really encouraging to see this shift in attitude, but the facilities need to be there to cater for those looking for a healthy option.”

This latest research follows the Transport Focus report ‘Take a Break’ released by the independent watchdog to show that the basic needs of truck drivers are not being met, particularly on A roads***. The campaign group, which called for action to be taken to improve roadside facilities, will work with the Government and Highways England to address the issues highlighted.

Dallaway says “As an industry we need to support our truck and lorry drivers and flag up issues such as this, because driver health is just as important as vehicle health for any fleet, as they are the ones at the front end keeping businesses moving.”

Let us know your favourite places to stop on the road; and if you think there need to be healthier options.