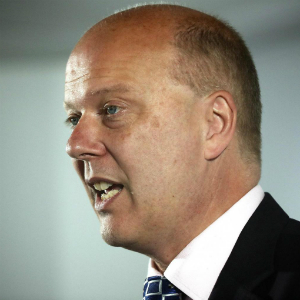 Reacting to the news that Chris Grayling has been appointed Secretary of State for Transport, David Davies, Executive Director for the Parliamentary Advisory Council for Transport Safety (PACTS) said:

“We welcome Chris Grayling to the post of Secretary of State for Transport and wish him success. While Transport may not be top of the Whitehall pecking order, it is hugely important to the economy, the environment and to our quality of life. It is a very capable and professional department with considerable technical expertise and knowledge.

“Though not a major spending item, transport safety has always been a key responsibility of the Secretary of State for Transport and his or her department. It requires a multi-disciplinary approach and good coordination.

“The UK has a good record on transport safety – for air, rail and road. But whereas deaths from air and rail accidents have been reduced to very small numbers, road traffic remains the UK’s biggest single killer of young people and the biggest risk most of us face in our daily lives. Last year 1,806 people were killed on the UK’s roads.

“We urge the new Secretary of State to reaffirm the Government’s commitment to reducing the number of road users killed and seriously injured every year. We also urge him to ensure adequate resources to deliver the valuable actions in his Department’s British Road Safety Statement (December 2015). These actions are not radical or controversial but require strong leadership to work across government departments and with multiple organisations and disciplines. PACTS will do all it can to assist.”

And he added: “We are relieved to see that earlier rumours that the Department for Transport was to be abolished appear incorrect. Transport safety requires coordination and is not just about infrastructure.

“There has been a Transport Department in one shape or form for almost 100 years, since the formation of the Ministry of Transport in 1919. The only exceptions were 1970-76 when it was subsumed into a Department for the Environment and 1997-2002 when it was part of a larger department, but with Transport still prominent in the title.”