One In Three Hire Car Drivers Check For Damage 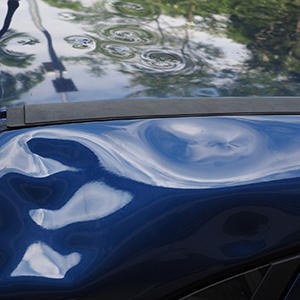 Only a third of hire car drivers say they check a hire car fully for damage, including wheels and tyres, before they drive it away. However if damage isn’t noted on the checkout sheet, the drivers could be held liable for the excess, which can be up to £2,100 with Budget in Faro, for instance, for a week this August*.

In a survey of over 2,000 car hire drivers commissioned by iCarhireinsurance.com, a leading provider of car hire excess insurance, a third (36%) said they only check the car for major damage with only 33% checking the car fully, including the wheels and tyres.

However analysis of claims** made to iCarhireinsurance.com found that one in seven (14%) of claims are for damage to tyres, windscreens or undercarriage, demonstrating the importance of taking the time to check all of the car.

With all this uncertainty, it is perhaps surprising that a fifth of drivers (18%) have returned their hire car without it being signed off by a rental company employee, and only a fifth (18%) of drivers take photos of the car to prove their innocence.

iCarhireinsurance.com’s free travel app, called ‘iCarhire’ and which is available to all travellers not just customers, features ‘SNAPS’ ™ technology, allowing people to take date and time stamped photographs of the car which can be used as evidence in the event of a dispute or claim.   SNAPS’™ uses smartphone tools, including camera and GPS, to securely record auditable images and upload them to the iCarhireinsurance.com cloud.

Ernesto Suarez, Founder and CEO, of iCarhireinsurance.com, the leading supplier of specialist car hire excess insurance, said: “When you pick up a hire car it’s essential to check it over thoroughly and note every mark, no matter how insignificant on the checkout sheet, including any damage and scuffs to the wheels. Spending a few minutes taking photographs of the hire car at the start and end of the hire provides a lasting record of the hire car’s condition and should stop any potential disputes with hire car companies in their tracks.

He continues: “We see plenty of people getting charged for minor wheel damage or scratches on the bumper which were on the car when they picked it up but unfortunately were not noted in the paperwork. Sadly, in the modern world of vehicle rental this can be tantamount to writing a blank cheque to the rental desk.”