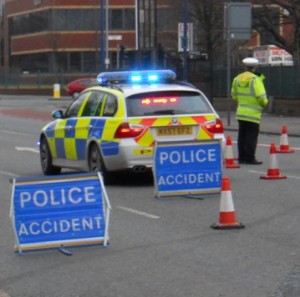 WARN: Do you do enough to protect your fleet?

North-East businesses are being urged to protect their staff after figures revealed collisions involving at-work drivers are more prevalent than those involving drink-drivers.

Since 2008, one in five road accidents in the region involved business fleet vehicles – prompting Road Safety GB North East to launch their ‘Driving Down Your Risk’ campaign.

Between 2008 and 2012, 7,778 people were involved in collisions while driving for work, with a further 6,402 collisions involving business travel.

The collisions resulted in the death of 74 drivers and riders, the serious injury of 748 people and the slight injury of 8,262.

“The number of road accidents in the North-East involving people who are driving for work account for a fifth of all road accidents, so more must be done to help reduce that figure and safeguard workers in the region,” he said.

“About 21% of the region’s traffic collisions involve people who are driving for work, which is significant.

“To put this into perspective, over the same period, about 5% of accidents involved a drink driver, yet driving over the limit seems to get much more attention.”

Men account for 78% of casualties, while those aged between 35 and 44 are in the highest risk group, accounting for 26%.

Mr Kennedy added that while the figures were not going up, collisions involving journeys for work were still way too high.

“Motorists need to watch their speed and must give themselves ample time to reach their destination,” he said.

“It is also vital that they drive according to the weather conditions and avoid distractions, such as mobile phones and eating and drinking while on the move.

“However, it’s important that businesses play their part too.

“They must remember that they are liable under the Corporate Manslaughter Act if their policies are not up to standard.

“They have a duty of care to their staff to make sure they have enough time to reasonably get to appointments, have sufficient stop breaks and are not discussing business on the phone whilst driving, and are not suffering stress.

“Companies seem to be putting their employees under more and more pressure to deliver, but they need to appreciate that someone under pressure takes risks.

“Our question to employers is ‘are you doing enough to keep your staff safe?’”

Image courtesy of Gene Hunt, with thanks.