One In Five Ready To Ditch The Driving Seat 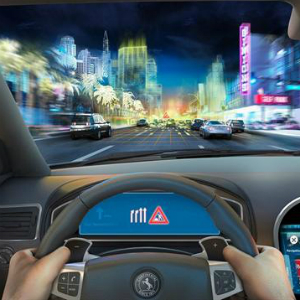 Aviva’s recent Connected Car Report – which compiles the opinions of 2,134 UK drivers on in-car technology and innovations in motoring – highlights that while there’s an apparent appetite for vehicles powered by alternative means, the majority of UK drivers still expect to be using fossil fuel powered vehicles for the foreseeable future.

Amongst those who say they wouldn’t consider an electric/hybrid vehicle for their next purchase, the main concern is around the cost of the vehicle, followed by worries about the limited range and the length of time taken to charge vehicles.

As a general rule, drivers welcome technology to improve the driving experience, with three-quarters (74%) of motorists using in-car technology or gadgets when they drive. In line with this, one in five UK drivers questioned said they would be happy to use a driverless car, although the majority of motorists are still cautious about the concept.

Reasons for not wanting to use a driverless vehicle

Reasons for wanting to use a driverless vehicle

Paul Heybourne, Head of Digital Innovation Operations, Aviva, says: “We’re a nation of car lovers and there’s a clear enthusiasm for technologies which improve the driving experience. There’s also evidence that people want to embrace new innovations, with one in eight drivers saying they’d choose a hybrid or electric model for their next vehicle and one in five ready to adopt driverless technology.

“As with any new technology, there is some nervousness about driverless cars, but many drivers admit this is because they don’t know enough about them, so any concerns will inevitably wane over time. Technology is evolving at an unprecedented pace, so it will be fascinating to see whether consumer adoption will match.”