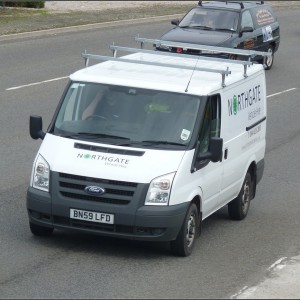 Northgate Vehicle Hire will capitalise on growth by significantly increasing their UK network within the next four years, it has been announced.

The van rental company plan to open 20 new UK sites, focusing on London, as they look to make the most of a 1% full-year revenue rise.

London expansion over the next year will see six to eight new depots launched, with two new sites – Luton and Brent Cross – already added to the capital.

Northgate say new branches will take three years to reach maturity, before they ultimately operate a fleet of around 500 vehicles per site.

New sites are estimated to break even in their first year, with overall return on capital employed exceeding current levels.

Northgate said they are excited about their plans over the next year, as they hope to match their Irish growth rate of 20% per annum.

“Our focus will now shift to the London market due to the demand for flexible hire in the capital.

“Each new site will have an initial set up cost of £0.2m, covering property, personnel and marketing costs.

“If the new sites perform in line with our expectations, they should break even in year one and by year three have a ROCE in excess of 16%.”

Image courtesy of didbygraham, with thanks.