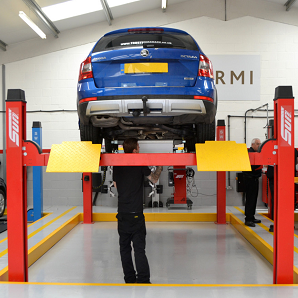 Legally required emissions tests on diesel cars have not been carried out in MOT tests here for the past 12 years, it has emerged.

According to BBC NI’s Spotlight programme, the tests were introduced in Northern Ireland in 2006, but were suspended 12 weeks later due to health and safety concerns in testing halls.

They were reportedly never reintroduced, despite the fact that both EU and domestic law requires the Government to carry out an emissions test on diesels during the MOT using a machine called a smoke meter.

The test is routinely performed in Britain.

MOTs there are carried out in private garages instead of at State-run facilities.

Professor Robert Lee of Birmingham University told Spotlight that failure to do the test here means the Government is breaking the law and may face legal action in Belfast and Brussels.

It also means there could be large numbers of diesel cars with illegal emissions on our roads.

The Driver & Vehicle Agency (DVA) said its staff do a “visual test” and make a “personal judgment” regarding emissions.

DVA chief executive Paul Duffy said a new centre in Belfast equipped to do the test would open in late 2021, but upgrading the rest would need funding approval.