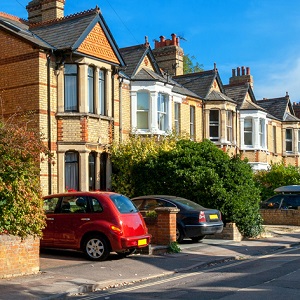 Cities across the Midlands and the north of England are driveway rental hotspots as motorists increasingly change how and where they park their cars, new data from YourParkingSpace.co.uk reveals.

While London dominates with 32 per cent of bookings due to its sheer size, the top 10 driveway parking league table compiled by YourParkingSpace.co.uk only has one other city from the south-east.

Harrison Woods, managing director at YourParkingSpace.co.uk, “It’s no surprise that London takes the most driveway bookings as it’s so big, but if you take the UK capital out of the equation then it is a completely different picture.

“What’s really interesting is that cities from the Midlands and the north of England take up eight of the other top 10 spots with YourParkingSpace.co.uk based on the number of bookings.

“One possibility is an acute lack of affordable parking in these areas, meaning car owners are increasingly searching online before their journey starts to find the cheapest parking available.

“However, it could simply be that savvy motorists in the Midlands and the north are one step ahead of their southern counterparts outside of the capital in embracing driveway rental parking as a quick and easy alternative to traditional car parks.”

Other newly released statistics from YourParkingSpace.co.uk show that men book more often than women, accounting for 58 per cent of all driveway rentals.

Harrison added: “There has been a fundamental shift in how and where people park their cars in recent years. Increasingly gone are the days when motorists drive around looking for a car park and pay on the day.

“In this changing landscape, mobile apps like YourParkingSpace provide quick and easy access to thousands of driveways and empty spaces across the UK which can be pre-booked.”

To choose from thousands of driveways and empty parking spaces, visit www.yourparkingspace.co.uk