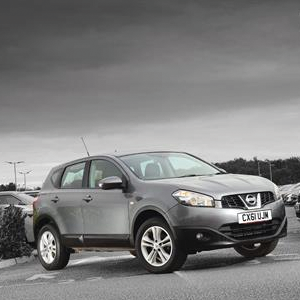 The market-leading Nissan Qashqai – the UK’s favourite crossover – has been named Best Small SUV in the prestigious What Car? Used Car Awards 2018.

The Qashqai – specifically four to six-year-old models produced between 2011 and 2013 – impressed the magazine’s panel of expert judges for its winning combination of comfort, quality and practicality.

It outperformed a strong field of contenders, including many premium brand competitors, across a number of criteria.

Alex Robbins, Used Cars Editor at What Car? magazine, said: “The first-generation Nissan Qashqai is still a firm favourite on the used market, and we can see why. Few SUVs of its age so convincingly combine the raised driving position of an SUV with the manageable dimensions of a family hatchback.

“What’s more, especially in post-facelift form, the Qashqai serves up a compelling blend of comfort, quality and practicality.

“In addition, its popularity means there are plenty of good-quality examples around to choose from and this keeps prices reasonable, making this superb family-friendly SUV a fantastic used buy.”

Commenting on the award, Alex Smith, Managing Director of Nissan Motor (GB), said: “Ever since it pioneered the crossover sector, the Qashqai has stood head and shoulders above the rest of the field, leading the way in terms of its design, technology, value for money and safety features.

“The Qashqai continues to win awards and lead its market segment, it’s really pleasing to see that previous generation models are standing the test of time so brilliantly.”

Made round the clock in Sunderland, the Qashqai is currently the best-selling vehicle built in Britain, and is exported to around 100 European and global markets. It represents almost one in five of all British-made cars. Quite simply, Qashqai is the most successful model in Europe in Nissan’s 83-year history, with approximately 2.3 million sold since the original version was launched in 2007.