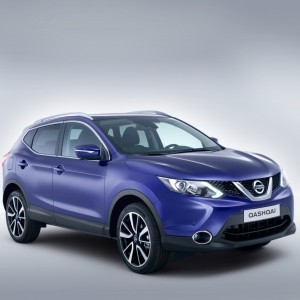 Nissan’s new Qashqai will retain 50% of its value after three years or 30,000miles, residual setters CAP have forecasted.

The prediction – a 10% improvement on the outgoing model – places the Qashqai ahead of key hatch rivals such as the Volkswagen Golf.

CAP are forecasting the new £20,840 Qashqai dCi Acenta, released in January and offering fuel consumption of 74.3mpg, will be worth £10,400 after three years.

Michael Auliar, Fleet Sales Director at Nissan GB, said: “The original Qashqai not only created the crossover segment but also performed very strongly in the used market, retaining its value far better than its closest rivals.

“CAP has raised the RV ten percentage points, underlining the progress we have made and emphasising how strong the Qashqai is as fleet prospect over its whole life cycle.”