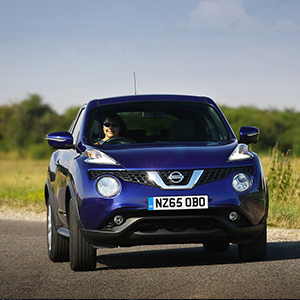 The market-leading Nissan Juke has been named Best Compact SUV at the prestigious Awards 2017.

The big-selling British-built model was praised for its low operating costs and all-round driver appeal.

It’s the latest in a long line of awards for the smallest member of trailblazing Nissan’s crossover family and proves that Juke remains the model to beat in its market segment.

Judges said: “In a sector where price accessibility and running costs are key factors, the Juke emerges as a clear winner.

“Broad appeal for both fleets and drivers, the Juke is an enduring car that is equally at home as a salary sacrifice car as it is fulfilling a job-need function.”

Darren Payne, Sales Director at Nissan Motor (GB), said: “We’re delighted to have won this award.it underlines that the Nissan Juke continues to set the benchmark in the highly competitive compact crossover segment.”