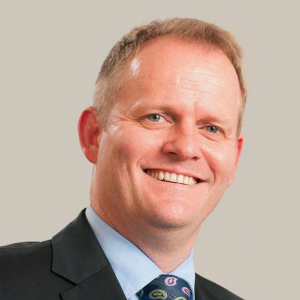 Nissan Motor (GB) has made a series of key appointments and structural changes within its Corporate Sales team as it seeks to keep pace with growing demand for its products from fleet customers.

The move, which has seen the Corporate Sales team at NMGB grow significantly, follows another record year for fleet sales in the UK. The brand registered 74,768 passenger cars and 10,398 vans to business users in 2015 to hit an all-time high market share of 5.68%.

At the head of the team, Darren Payne, (Pictured above) formerly Sales Director at Renault UK, has been appointed to the newly created role of UK Sales Director (effective May 1st), overseeing both retail and corporate sales.

Most recently, Robert was Electric Vehicle Category Manager at NMGB, having joined the company in 2010 following a lengthy and successful career at dealer level.

This new position, also reporting directly to Darren, underlines Nissan’s determination to strengthen its performance in the van and light commercials sector ahead of the launch of the new NV300 later this year.

It will also help the wider Corporate Sales team maintain its laser focus on improving the customer experience and driving forward the brand’s growing reputation in fleet circles.

Based across the regions, the new mid-sized fleet team will be led by Adam Connelly, a new recruit from SEAT, where he was most recently Contract Hire Manager.

Darren Payne said: “Nissan’s presence in the fleet sector has grown significantly in recent years and we intend to remain on this upward trajectory.

“The key appointments we have made will ensure we have the right people in place to achieve all of our reputational targets and growth aspirations moving forward.

“Meanwhile, the changes we have implemented will make us much more flexible as an organisation and better able to respond to the changing needs of our fleet customers.”