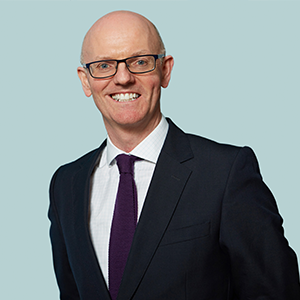 Nexus Vehicle Rental, the UK’s leading corporate vehicle rental provider, has been recognised as one of the top ecommerce companies in the North as part of a major new report on the region’s tech sector.

The Top 100 eCommerce Companies in the North report has been compiled by Prolific North with Nexus listed in the top 30 companies, recognised for its fast growth alongside giants of the ecommerce and automotive industry including MoneySuperMarket, Autotrader and The Car Buying Group.

Based near Leeds, Nexus specialises in providing access to over 550,000 vehicles, including 150,000 specialist and commercial vehicles, across 2,000 UK locations, via an unrivalled network of suppliers. Vehicles can be booked in just 10 seconds at the click of a mouse through its award-winning online rental booking and management tool, IRIS.

Earlier this year Nexus expanded into the Heavy Goods Vehicle (HGV) market, becoming the first and only provider to offer a UK wide HGV rental solution alongside cars and vans through a single source platform. The new service offers corporate customers access to over 50,000 HGVs on demand across almost 300 locations.

David Brennan, CEO at Nexus Vehicle Rental, said: “We are part of a new generation of businesses that have harnessed technology to revolutionise the breadth of products available to its client base. In our case, we’ve become the UK’s leading corporate rental provider despite the fact we don’t own any vehicles.

“We’re proud to be part of a group of businesses in the North and indeed across the UK focused on growth through innovation, disrupting their sectors by moving services online.  Our inclusion in the Top 100 ranking cements our reputation as a leader in the tech sector and the rental industry.”

The UK is the global leader of the digital world, topping the e-government development and e-participation indexes according to the 2016 United Nations E-Government Survey, which factors in the benefits of online services and information relative to population, the adequacy of telecommunications, and the ability of human resources to promote IT and online content.

The digital industry in the UK currently contributes 12.5% of total GDP and the ecommerce sector is set to double in size to £645bn by 2018 according to Prolific North.

This is the latest recognition for Nexus for its commitment to technology. Earlier in the year, Nexus won two Best Business Awards including Best Innovation and Best Customer Focus.