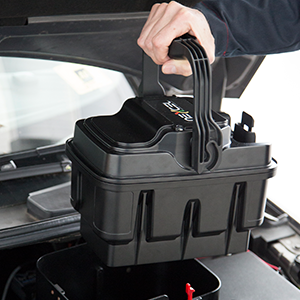 Castrol will unveil the next generation of its revolutionary NEXCEL engine oil management system for use in production vehicles at the Geneva show next week.

NEXCEL was created to optimise the volume of oil in the engine’s sump for every driving condition and thus help reduce tailpipe CO2 emissions by allowing engines to warm-up faster. The NEXCEL oil cell also helps protect the environment by better capturing used oil during oil changes.

“At the Geneva show, we will be revealing a Phase II system that is ready to bring the emissions benefits and convenience of the NEXCEL system to production vehicles,” states Steve Goodier, NEXCEL’s Programme Director. “The system helps to solve a wide range of challenges that are becoming more pressing for vehicle manufacturers and fleet owners.  We anticipate strong interest in our first public demonstration of an application-ready system.”

Visitors to the stand will be able to see the new Phase II system, with the latest mass production designed oil cell, alongside animations that demonstrate how the system brings a wide range of benefits to the vehicle manufacturer, the vehicle user and the environment.