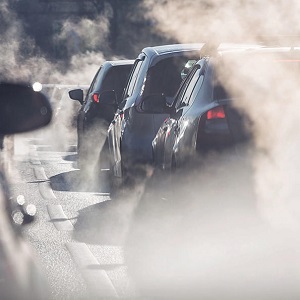 The results confirm that real-world NOx emissions are systemically much higher from diesel cars, and this holds true for even the newest (Euro 6) models. All Euro 6 petrol cars, in contrast, received a “good” or “moderate” rating.

The vehicle ratings are online in a searchable database hosted by TRUE at www.trueinitiative.org. TRUE is a partnership of the FIA Foundation, the International Council on Clean Transportation, the Global New Car Assessment Programme, Transport and Environment, and C40 Cities, which seeks to bring transparency to the public debate on vehicle emissions and urban air quality.

Passenger cars rated in the TRUE system, grouped by fuel type and Euro standard. The red category includes both cars that only slightly exceed the rating’s threshold for NOx emissions (180 g/km, equivalent to the Euro 5 type- approval limit for diesel cars, which all new cars should theoretically have met for at least seven years) and gross emitters that exceed the regulatory limit by 18 times or more. Nearly all diesel vehicles on European roads today received a “poor” rating, meaning they exceed the Euro 5 diesel NOx emissions limits introduced in September 2009.

The rating system is based on a novel and flexible methodology developed by the International Council on Clean Transportation, which makes use of remote-sensing technology and innovative statistical analysis. It offers a cost-effective, robust method of monitoring real-world vehicle pollutant emissions that is difficult-to-impossible to cheat or game, and provides a more comprehensive picture of road transportation impacts on local air quality than is practically available by other means. 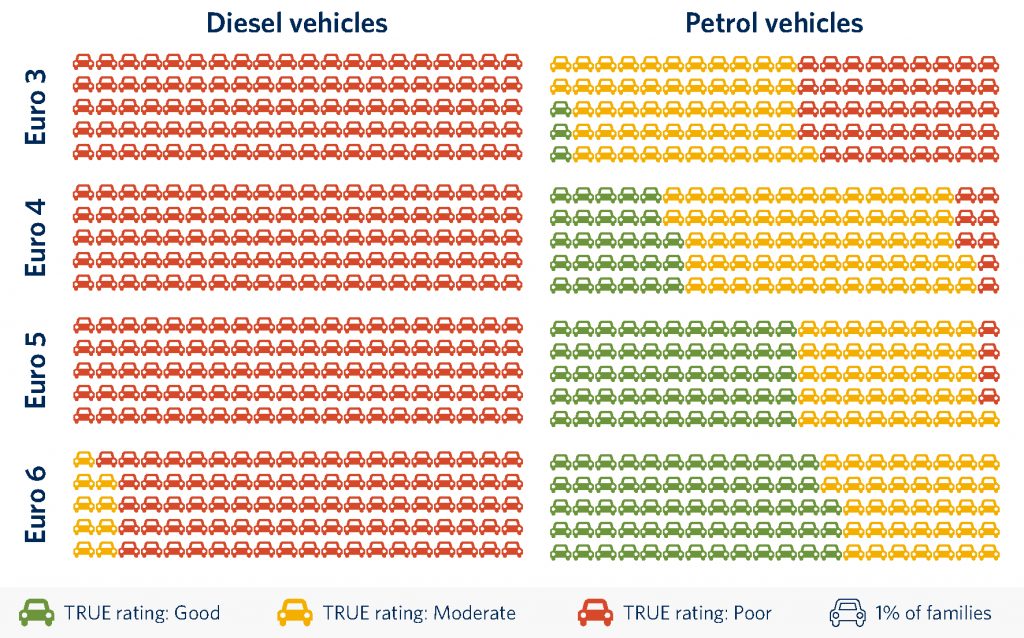 Ratings have been calculated for approximately 4,850 vehicle models, nearly all designed and built to Euro standards 3–6. Further analysis of this initial data offers additional insight into excess NOx emissions in the EU. Concerning Euro 6 vehicles in particular:

Euro 5 diesel families performed particularly poorly: all had NOx emissions at least twice the limit, and the worst had emissions 18 times the limit.

“This initial project is an important first step,” said Rachel Muncrief, program director for the ICCT, “but remote sensing could take us very much further in terms of our ability to monitor, analyze, and control vehicle pollutant emissions and gain control of Europe’s urban air-quality problem.”

As part of the TRUE initiative, additional data-collection projects will be undertaken throughout Europe to extend the initial data set and update and refine the ratings. TRUE recently completed a remote-sensing campaign in London, and will carry out another in Paris in June 2018.

The initial data set comprises samples collected in France, Spain, Sweden, Switzerland, and the United Kingdom over ten years and pooled together in the CONOX project, funded by the Swiss Federal Office for the Environment. The data set presently holds 750,000 records. The TRUE ratings were developed from a subset of 375,000 measurements, excluding trucks and vans and any incomplete measurements. It is the largest collection of data brought to bear thus far on the problem of air pollution from vehicles in Europe.