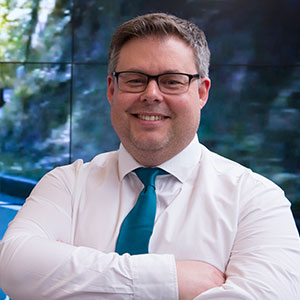 Press office duo Guy Willers and Len Keen have taken over running the blue oval media fleet and are your new contacts for bookings and other vehicle inquiries.

Guy, previously corporate affairs administrator, became fleet administrator on March 1 – taking over from long-serving Bob Wright, who retired at the end of 2016.

After 10 years based at Dagenham, working in diesel engine production, Guy joined the press office four years ago. Many journalists will have met him at the corporate events he organised including Ford at Goodwood’s Festival of Speed and Revival, plus the company’s Vehicle Enthusiast Days.

Heading up vehicle operations is Len Keen, who joined the press office from marketing and sales last year. With more than 20 years’ Ford of Britain dealer, service and fleet roles, Len is technical press officer responsible for all media fleet operations.

Guy and Len (contacts below) join press officers Laura Parker and Christian Brown, plus event specialist Linda Craddock, in the product team led by Oliver Rowe. Charlotte Ward continues heading up the corporate team featuring press officers Dan Alcock and Maisie Goldney, as well as heritage fleet administrator Paul Harding. Gary Cuthbert is in charge of the Press Garage, in Brentford, Middlesex, while Tim Holmes remains director of all of the above.