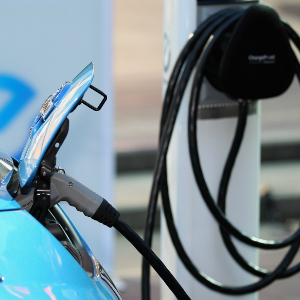 The plans to ban petrol and diesel cars and the move by more manufacturers towards the production of electric cars will considerably impact the government’s tax take, says Mark Cunningham, a manager at Blick Rothenberg.

As the desirability and reliability of electric cars increase, the Government faces a tough choice between maintaining tax revenues and encouraging the move towards electric.

Mark Cunningham said: “The Government has for some years incentivised the move to low emission company cars through lower taxes and reliefs, but has now started to gradually reduce the incentives that are in place.

“As the number of electric vehicles in the UK increases we could see further significant changes to capital allowance and the company car tax rates.”

Mark added: “Ultimately we will see ‘Electric Charging Stations’ being run by the current petrol and diesel suppliers; they will need to provide fast charging and that is when the tax regime will change.

“There is little doubt though that the Government will come up with an electric charging tax which will impact upon both businesses and the general public.”

Alan Pearce, VAT Partner at the firm, said: “As the number of electric charging points at commercial locations and at home increase we could see the government increasing the 5% rate of VAT on domestic electricity to compensate for the loss of duty and VAT on carbon fuels.”

Robert Johnson, partner at Healy’s solicitors, added: “With the planned ban on petrol a diesel cars the question remains on how this will impact on the classic car industry. Could this lead to a new tax on cars that are currently not subject to the current tax regime such as classic cars? This could result in lengthy legal challenges against the UK government from classic car enthusiasts.”