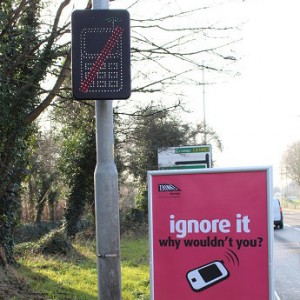 Young and inexperienced drivers are being warned that one mistake could cost them their licence when the new rules on mobile phone punishments come into force on Wednesday (March 1).

The penalties are doubling so that, as well as getting a £200 fine if caught using your phone behind the wheel, you will also now be handed six points – enough for those who have had their licence less than two years to have it revoked.

If this happens you will have to apply and pay for a new provisional licence, and pass both the theory and practical parts of your test all over again.

Nick Lloyd, road safety manager for RoSPA, said: “Taking your theory and practical driving tests can be an expensive and stressful time, so imagine having to go through it all again for one moment of stupidity.

“We understand how difficult it can be to ignore your mobile phone, but there’s not a single reason that will excuse putting people’s lives at risk, and hopefully these new stricter penalties will mean drivers think twice.”

Use of a handheld mobile phone behind the wheel will be punished whether you are making a call, using it on loudspeaker, texting, filming, taking a picture or using the internet, and the law applies even when you are sitting stationary in traffic.

While the use of hands-free kits is legal, RoSPA advises that not even this should be attempted while driving. Although you won’t be taking your eyes off the road, merely engaging in a conversation will mean that your attention is elsewhere and not fully on the road and the environment around you, and if your driving is affected you could be charged with “not being in proper control of your vehicle”.

Take a look at this terrible reminder of what can happen when a driver uses a phone behind a wheel, and please share with your family and friends to help spread the message: www.rospa.com/lets-talk-about/2016/november/mobile-phones/