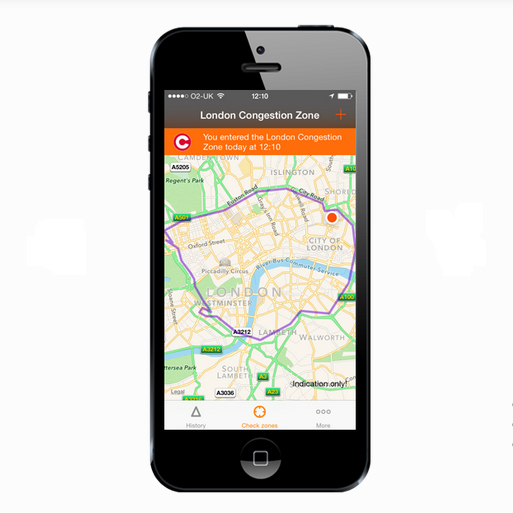 The app lets users know when they have entered the London Congestion Charge zone, and gives them the option to pay the charges through TFL, so that they can avoid fines.

The latest version of the app also boasts additional features designed to help drivers. It now lets users see when they entered or exited the congestion zone, and when they paid. The app helps not just individual drivers, but also managers who are in charge of a fleet and now allows users to add other drivers, so that they can monitor multiple cars simultaneously.

While the previous version of the app only monitors a car’s proximity to the London Congestion Charge zone, the updated app can be used for other zones too. For example, users have the option of adding the Low Emission zone in London, or the Ecopass zone in Milan.

Richard Harris, director of AutoAlert, commented on the app’s release: “For many Londoners, knowing when and where to pay the congestion charge is a struggle. We work with a lot of companies that have fleets of vehicles, so we designed this app to make their lives easier.
“Our customers have already saved millions of pounds in congestion charge fines by using the app. This next update makes checking whether you are in the congestion zone even easier.”

More information can be found on the AutoAlert website, including a link to the app on the iTunes store http://www.autoalert.me.uk/london-congestion-charge-application/