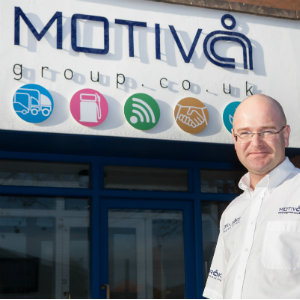 MOTIVA Group has extended a long-running relationship with one of the biggest grounds maintenance and landscaping businesses in the UK.

The company has added more than 100 vans, tippers and transporters to its contract with The Landscape Group, making it the largest supplier of lease vehicles to the nationwide firm.

The deal, which includes a range of custom-built LCVs, means Motiva now provides more than 200 units, or around 40 per cent, of the company’s leased fleet.

The vehicles will be used to deliver maintenance and landscaping machinery throughout the UK and will help meet growing demand for the services of The Landscape Group, which plans to boost its 600-strong fleet with a further 45 units supplied by Motiva later in the year.

Angus Lindsay, Head of Assets and Fleet at The Landscape Group, said: “We have a raft of new and existing contracts all over the country and these units will give us the extra capacity we need.

“Seasonal surges in demand mean we often require short lead times, so we rely on Motiva because of their flexible and proactive approach.

“Their professional attitude is matched by sound technical knowledge of the commercial vehicle industry and the idiosyncrasies of type approval and changing legislation.

“Motiva also take a hands-on approach to customer satisfaction at all levels and that’s crucially important to us. We know that if a problem arises, they’ll stop at nothing to sort it out.”

The latest delivery of light commercials features a variety of small vans along with 3.5 tonne single and crew cab tippers with a mixture of caged bodies and work-at-height bars.

There are also 18 beaver tail machinery transporters along with several bespoke vehicles built by specialist converters.

The link between the companies extends to vehicle tracking with all commercials operated by The Landscape Group, including 80 tractors and 300 ride-on mowers, monitored by Motrak – Motiva’s in-house telematics system.

Peter Wright, Sales Director at Motiva, says the most recent supply of vehicles represents the latest stage in a long-term association.

He added: “We first supplied vehicles to The Landscape Group six years ago and the relationship has gone from there.

“They rely on us to deliver the right vehicles at the right time and the right price, but also to provide ongoing and unparalleled levels of customer service.

“That’s something we’re very proud of, so to hear that it’s valued so strongly by one of our customers is a feather in our cap.”

The Landscape Group, which has headquarters in Coventry, employs more than 1,100 staff at around 40 locations throughout the UK and has a turnover of around £60 million.

Alongside 600 vehicles, made up largely of vans but also including cars, HGVs, and roadsweepers, it operates a fleet 5,000 machines including excavators and chainsaws with an initial purchase cost of more than £16m.