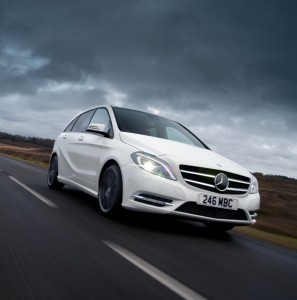 Mercedes-Benz are boosting the fuel efficiency of the A-Class and B-Class ranges by adding two new super-green models.

Both vehicles feature manual transmissions with longer ratios in the higher gears, an improved energy recuperation system and make use of a lightweight fuel tank.

The A 180 CDI ECO SE has seen emissions cut by 6% to 92g/km, compared to the outgoing model, with combined fuel consumption increased to 78.5mpg.

Both vehicles are free from road tax and the Benefit In Kind company car tax band for the A-Class is just 13%, with qualification for 100% capital allowance until 2015.