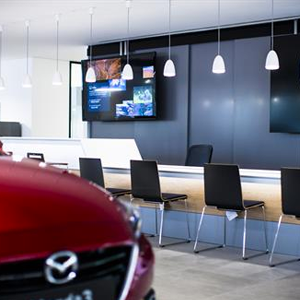 Mazda Motor Corporation set a new record for vehicle turnover in the first quarter of its 2017-18 fiscal year, selling 377,000 units globally and beating the previous best for the 1 April to 30 June period achieved last year.

Strong demand for the all-new Mazda CX-5, which is now available in most of the company’s key markets including Europe, Japan, North America and Australia, helped fuel the Japanese carmaker’s growth.

China led the way among regions with a 20% year-on-year increase in sales during the quarter to 71,000 units, followed by Japan, where the 41,000 vehicles sold amounted to a 5% rise.

Keeping a close eye on market developments around the world, Mazda is aiming to accelerate sales momentum and achieve sustainable volume growth of 50,000 vehicles annually by, among other things, continuing to enhance production flexibility and further increasing its capacity to build crossovers. For example, the carmaker will soon complete an expansion of its Hiroshima plant, and is slated to begin CX-5 production at the Hofu facility in October. Mazda’s popular CX series made up 39% of unit turnover during the last fiscal year and represents a growing portion of overall sales. Continuing the global roll-out of the CX-5, the carmaker has also revealed the new Mazda CX-8, a three-row SUV that will launch in Japan later this year.

* Source: Mazda Motor Corporation’s Consolidated Financial Results For the First Quarter of the Fiscal Year Ending March 31, 2018 (For the Three Months Ended June 30, 2017); euro figures were calculated at €1 = ¥122 for the quarter and ¥118 for the full-year forecasts.