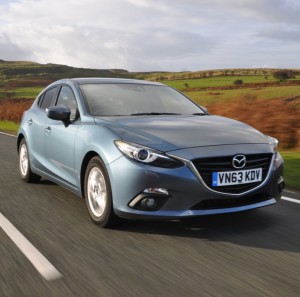 Mazda are adding a fifth engine to their SKYACTIV range with the arrival of a 1.5litre petrol unit – the smallest in the series so far.

The engine makes its debut in the latest Mazda3 five-door hatch and four-door Fastback, both of which are about to go on sale.

The 1.5litre is expected to be the choice of just 5% of buyers, but Mazda claim its real significance will be seen when the next Mazda2 arrives.

It develops 99bhp and 150Nmn of torque, offering official combined fuel consumption of 55.4mpg and CO2 emissions of 119g/km.

By 2015, Mazda will have nine out of ten cars in their range powered by SKYACTIV engines, compared with only 8% last year.