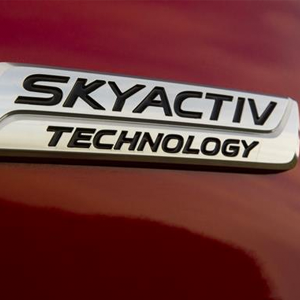 Mazda Motor Corporation today announced “Sustainable Zoom-Zoom 2030,” a new long-term vision for technology development that looks ahead to the year 2030. As part of the new technology to achieve this vision.

The company disclosed plans to introduce a next-generation engine called SKYACTIV-X in 2019. SKYACTIV-X will be the world’s first commercial gasoline engine to use compression ignition.1

Under the original “Sustainable Zoom-Zoom” vision announced in 2007, the company has striven to offer both driving pleasure and outstanding environmental and safety performance. In light of the rapid changes taking place in the automotive industry, the new vision takes a longer-term perspective and sets out how Mazda will use driving pleasure, the fundamental appeal of the automobile, to help solve issues facing people, the earth and society.

The following is an overview of “Sustainable Zoom-Zoom 2030” and the next-generation SKYACTIV-X engine.

1. Sustainable Zoom-Zoom 2030
Mazda believes its mission is to bring about a beautiful earth and to enrich people’s lives as well as society. The company will continue to seek ways to inspire people through the value found in cars.

Earth
Through conservation initiatives, create a sustainable future in which people and cars coexist with a bountiful, beautiful earth.

•   In line with this policy, continue efforts to perfect the internal combustion engine, which will help power the majority of cars worldwide for many years to come and can therefore make the greatest contribution to reducing carbon dioxide emissions, and combine the results with effective electrification technologies

•   From 2019, start introducing electric vehicles and other electric drive technologies in regions that use a high ratio of clean energy for power generation or restrict certain vehicles to reduce air pollution

Society
Through cars and a society that provide safety and peace of mind, create a system that enriches people’s lives by offering unrestricted mobility to people everywhere.

•   Further enhance safety fundamentals, such as correct driving position, pedal layout and good visibility, and standardize them across all models

•   Promote further standardization of i-ACTIVSENSE advanced safety features, which help drivers recognize and assess potential hazards; in addition to Japan, where they are already becoming standard, gradually make these technologies standard in other markets starting in 2018

•   Begin testing of autonomous driving technologies currently being developed in line with Mazda’s human-centered Mazda Co-Pilot Concept2 in 2020, aiming to make the system standard on all models by 2025

•   Using connectivity technologies, create a new business model that enables car owners to support the needs of people in depopulated areas and those who have difficulty getting around

People
Enhance customers’ mental well-being with the satisfaction that comes from protecting the earth and contributing to society with a car that offers true driving pleasure.

•   Based on the philosophy of “breathing life into the car,” further develop KODO design to raise vehicle design to the level of art that enriches the emotional lives of all who see it

•   SKYACTIV-X is the world’s first commercial gasoline engine to use compression ignition, in which the fuel-air mixture ignites spontaneously when compressed by the piston

•   Compression ignition makes possible a super lean burn4 that improves engine efficiency up to 20 – 30 percent over the current SKYACTIV-G, and from 35 – 45 percent over Mazda’s 2008 gasoline engine of the same displacement. SKYACTIV-X even equals or exceeds the latest SKYACTIV-D diesel engine in fuel efficiency

•   With high efficiency across a wide range of rpms and engine loads, the engine allows much more latitude in the selection of gear ratios, providing both superior fuel economy and driving performance

Moving forward Mazda hopes to help create a future in which people, the earth and society can coexist with cars, to enrich people’s lives through a car ownership experience that celebrates driving, and to become a brand with which customers feel a strong emotional connection. 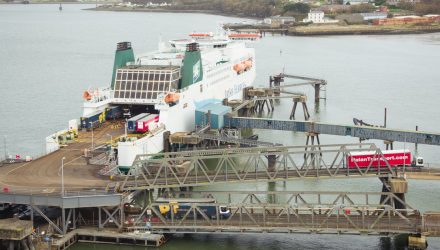 Hauliers still struggling with red tape at We...

Hauliers are still facing serious issues travelling via Welsh ports to Ireland which is resulting in a major fall-off of trade through the ports, according to the

In recognition of International Women’s Day, HaulTech are celebrating one of

The journalists of the Women’s World Car of the