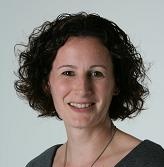 In our latest Expert Blog, Jane Thomas, of Emissions Analytics, explains how fleets and consumers are being misled by vastly oversold emissions and economy figures…

For anyone looking to purchase, or who has recently bought, a new car then the label shown below is probably familiar.

Using the same traffic light system applied to energy ratings for white goods, it shows how much road tax is payable correlated to the amount of carbon dioxide the car emits.

That heavily polluting vehicles incur a higher vehicle excise duty than eco models seems fair if we are to try and reduce the impact on the environment from driving cars.

However, what if these bands were not an accurate reflection of the actual CO2 emitted during real-world driving? 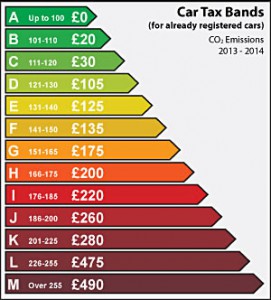 Emissions Analytics has real-world data on 90% of new cars sold in the UK which shows that only 2% of these achieve or do better than their statutory figures for fuel consumption and carbon dioxide emissions.

With 55% of new cars sold to companies annually, those with a genuine desire to reduce their carbon footprint are being misled.

A diesel Vauxhall Astra in tax band C is said to emit 119g/km and costs just £30 per year to tax; and an even cleaner diesel Ford Focus in tax band B emits 109g/km costing £20 a year.

These figures are derived from the New European Drive Cycle test which was introduced in the 1970s when cars were lighter and less powerful.

When driven on real-roads by Emissions Analytics, using a standardised test route and methodology which is much closer to normal driver behaviour, the Astra actually produces 171g/km CO2 and the Focus 159g/km.

The table below shows a 44% increase in CO2 for the Astra and a 46% increase for the Focus.

If you multiply this by an average of 12,000miles per year for a fleet car, that is an average of one ton more carbon dioxide per vehicle than the statutory figures would have us believe.

And if you multiply this figure across the all the cars in a fleet, you may end up with a significantly higher carbon footprint than previously calculated.

Of course no one wants to pay more vehicle excise duty than is required by law and similarly, if new cars were to be reassessed on the basis of real-world emissions, the same vehicles would move into a costlier company car tax bracket impacting negatively on an employee’s Benefit in Kind calculations.

However, CO2 and mpg are two sides of the same coin so company car drivers and fleet managers may be interested to know how much more their fuel bill will be if real-world data is used to calculate it.

Taking the same cars as in the previous example, the Vauxhall Astra officially achieves 62.8mpg and the Ford Focus 67.0mpg.

Multiply this across the number of cars in your fleet and if you are footing the fuel bill the numbers are eye watering.

What can be done to reduce the costs on the environment and the bottom line?

A new test cycle, the World Harmonized Light Vehicles Test Procedure is under development which will hopefully see some improvement in the results.

Meanwhile, there are a number of sources publishing real-world fuel economy data such as What Car’s True MPG and Honest John.

What Car? employs Emissions Analytics to test every new car in a scientific and comparable way on the road rather than on a dynamometer.

The Honest John website relies on thousands of motorists uploading their miles per gallon to a website.

If you know which car you want these sites should be checked before making a purchase so you can forecast your costs more accurately.

If you are deciding on a company purchasing policy and want to make a number of cars within a class available you should be aware that the official best performer may not hold the title in the real world and it is worth investigating the whole list to find out which vehicles will actually have lower carbon dioxide emissions and a smaller fuel bill.