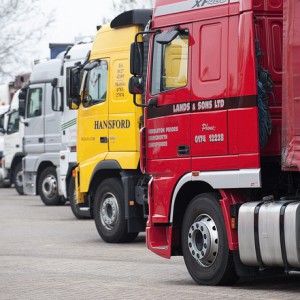 The Freight Transport Association (FTA) are celebrating after the Department for Transport introduced Driver CPC exemptions for mechanics driving HGVs to and from their statutory annual test.

Roads Minister Stephen Hammond announced this week that two more types of journey will be exempt from Driver CPC, the continuous training programme for professional lorry and bus drivers.

The exemptions now mean that such drivers will not need to take the five days of training every five years that professional lorry drivers must take by law.

Additionally, the decision states that individuals who only ever make short, infrequent journeys which are not carrying a load for payment will be also exempt the requirement.

James Firth, FTA Head of Road Freight and Enforcement Policy, said:  “At last – a common sense decision by the government – FTA has long been calling for this exemption to be introduced.

“Professional lorry drivers have to work within a plethora of rules aimed at improving road safety, and it’s right that those driving for a living every day have access to continuous refresher training.

“But a mechanic who only ever drives HGVs on a public road to test them or take them for their statutory annual test, should not need to take the same refresher training as a professional, full-time lorry driver.”

Drivers who held their HGV licences before September 2009 will have to complete 35hours of training by September 10, 2014, but for bus and coach drivers the deadline is September 10 this year.

The Department for Transport have indicated that this change in statute will not be in place by the deadline this year putting some drivers in a difficult position.

Mr Firth added: “It is disappointing that this has taken so long to be implemented and has happened at the last minute.

“While enforcement authorities are unlikely to take specific action against such drivers during the shortfall – which is expected to be a few weeks – drivers and operators still need to consider carefully their responsibilities for making sure drivers behind the wheel are road-legal.

“But in the long term, this is an unnecessary burden that the Government has, quite rightly, lifted from industry.”