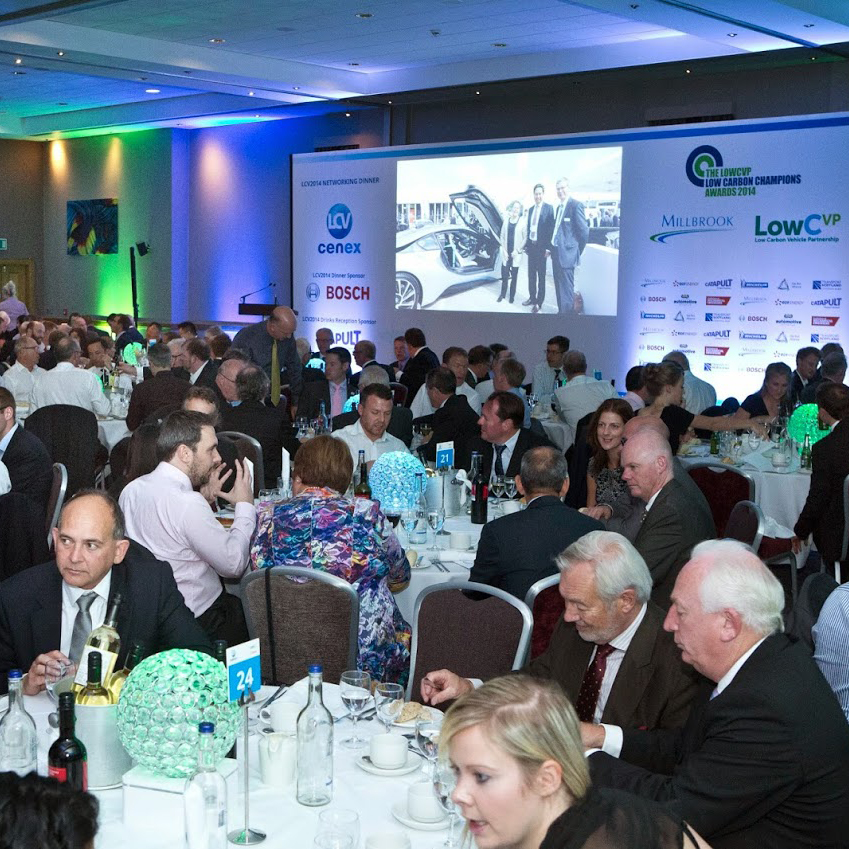 Over 300 peers and stakeholders in attendance

With nearly 300 industry peers and low carbon transport stakeholders in attendance, Robert Llewellyn, best known for his role as Kryten in BBC’s Red Dwarf and presenting Channel 4’s Scrapheap Challenge, was Master of Ceremonies at the LowCVP Low Carbon Champions Awards – held as part of the Cenex-LCV event.

Andy Eastlake, the LowCVP Managing Director, commented on the awards: “This year we had more, and higher quality, entries than ever before showing just how far and fast the whole low carbon road transport industry is now progressing, and how many individual stakeholders are contributing to the change.”

BMW was the winner of the prestigious Low Carbon Car / Van Manufacturer of the Year. The entry impressed the judges as it showed the company’s commitment to a visionary new approach to sustainable mobility and also to cutting the environmental impacts of production. The ‘i’ range of vehicles bring Ultra Low Emission Vehicles to a wider range of customers than ever before.

BYD Europe B.V. was the winner of the Low Carbon Heavy Duty Vehicle Manufacturer of the Year Award. The judges said that the vehicles introduced have demonstrated impressive carbon saving through their innovative electric powertrain systems and, moreover, provide a compelling business case with high market growth potential.

The judging panel comprised 22 senior executives from across the range of organisations with a stake in the low carbon road transport agenda. Around 25 entries were shortlisted for awards.

One of the judges, Philip Sellwood, Chief Executive of the Energy Saving Trust, said: “The road transport sector has been a real success story in terms of cutting carbon as well as delivering growth and dynamism to the UK economy. I was delighted to play a part in celebrating the successes of the entrants to these awards who are making an important contribution to current, and future, UK economic success.”