The Launch Of Its New 200+ MPH Supercar 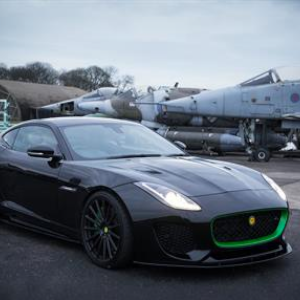 The Lister Motor Company is set to reveal the fastest, most powerful and luxurious car it has ever built in the legendary Cambridgeshire marque’s 65-year history, with the launch of the Lister Thunder.

The Thunder will be unveiled exclusively next month at Historic Motorsport International, staged at London’s ExCeL, from 15th-18th of February, where full details of this exciting new limited-production Lister supercar for the 21st Century will be revealed.

To whet the appetite of all true petrol heads, Lister can reveal that the aptly-named Thunder will have a top speed in excess of 200mph, with a blistering 0-62mph acceleration in just over three seconds, and a storming 666 bhp! Potential Lister Thunder buyers will need to be just as quick off the mark, as just 99 examples of this desirable new model will be built, with prices starting at £139,950.

Harking back to this illustrious racing heritage, the eagerly-anticipated Thunder will follow the proud 65-year-long Lister tradition of sports cars based around the superb mechanicals of Jaguar’s finest performance models, with the acclaimed Jaguar F-type providing the all-new Thunder’s base.

While the full specification for the Lister Thunder will remain secret until its London reveal, Lister can confirm that power from the showroom model’s supercharged 5.0-litre V8 has been carefully tuned by Lister’s expert engineers.

The Thunder’s bespoke coachwork enhancements have been carefully overseen by Lister’s CEO and owner Lawrence Whittaker and have been produced to standards that match or exceed original equipment. The carbon fibre front bumper is custom made, with an extended splitter giving greater down force. Lister vents adorn the bonnet and stylish Lister decals fit neatly on the side panels of the car, with the grille centre, decals and callipers exactly matching the interior combination.

The rear bumper is also bespoke featuring a carbon fibre design, which houses the enlarged rear Lister carbon exhaust tips that give a thundery note when pressed. A solid brass Lister badge adorns the rear spoiler, chromed for the best effect. At the front, a beautifully enamelled green and yellow racing Lister badge sits perfectly in the front grille. A carbon fibre bonnet will be available as an option, with a retro-fit carbon fibre kit also to be offered exclusively by Lister for existing Jaguar F-Type models from £19,950.

The Lister’s custom interior is finished in the UK’s most expensive Bridge of Weir Nappa hide, and is available in 36 colours. Lister logos are stitched into the headrests and the seat pattern echo’s the car’s grille. The dashboard, door cards, roof lining and steering wheel are all hand stitched in matching Nappa leather, with the seats, dashboard and roof lining all hand finished with a contrast stitching to match the accents of the exterior.

Speaking of the exciting new Thunder’s launch in mid-February, Lawrence Whittaker, CEO of the revitalised Lister Motor Company, says “We came to the inaugural ExCel show last year and it was one of the best shows we have attended, quickly selling a new Knobbly whilst on the stand!” He continues “That is why we have chosen this year’s follow-up event at ExCel to launch the exciting new Lister Thunder, which will mark the first car from our revised Jaguar tuning programme.”

Whittaker adds, “Like Brabus and AMG with Mercedes and Alpina with BMW, we are hoping to become synonymous once again with tuning Jaguar vehicles, giving customers new enhanced, bespoke performance and design alternatives to Jaguar’s acclaimed model programme. Although we are not directly affiliated with Jaguar Land Rover, Lister has a Jaguar tuning heritage dating back 65 years. Our new Lister Thunder is the fastest and most powerful Lister ever created with a 208mph top speed and 0-100 time of just 6.8 seconds. I am utterly proud of what we have achieved, and the Thunder is just the beginning!”

To-date Lister remains unique in being the only automotive company making original specification continuation cars that are eligible for fully-legal registration and road use. Unlike other continuation specials, which are strictly limited to track use only, the road legal Lister Knobbly is fully eligible for IVA type approval.

In addition, Lister has also revealed two other significant new models over the past 18-months; the highly-desirable magnesium-bodied Knobbly Stirling Moss Edition, plus the aerodynamic Costin continuation model that is also due to appear at ExCel next month, sharing exhibition space with the new Thunder.