Farewell to a legend: Last ever Renault Magnum trucks roll off production line 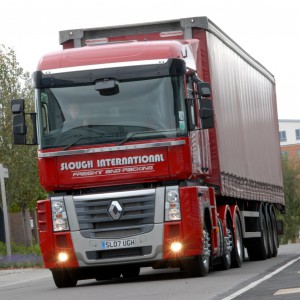 Renault are turning the page on a Truck of the Year icon, after the last two Magnums ever produced rolled off the assembly line.

Just two weeks after launching the new Renault Trucks range, the French manufacturer have handed over the keys to the final two Magnum buyers.

On June 26, at the Bourg-en-Bresse production site, the last-ever Magnum was presented to hauliers Robert Chabbert.

The second truck will be delivered to the Berliet Foundation Conservatory, joining a long line of vehicles bearing witness to a history which began in 1894.

Revolutionising road haulage, the first flat cab floor AE – which evolved into the Renault Magnum – rolled off the assembly lines 23 years ago.

In 2008, the Magnum cab was given greater height and storage capacity, with a limited-edition Legend model launched two years ago.

The Magnum Legend adopted the black and white colours of its ancestor, the AE, with only 99 numbered vehicles being produced.