Krone at the Nürburgring supports the ADAC Truck Grand Prix 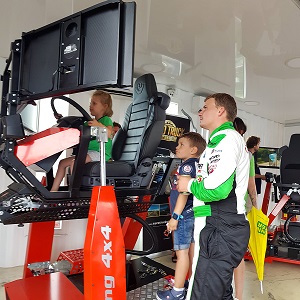 Once again this year, Krone is an official sponsor of the FIA European Truck Racing Championship (FIA ETRC) and is participating as an exhibitor at the Truck Grand Prix, which is taking place at the Nürburgring in the Eifel for the 33rd time.

With 115,000 visitors, the Truck Grand Prix is a major event of the ADAC Mittelrhein e.V. From June 29 to July 1, 2018, it unites motorists, long-distance drivers, truck fans and country fans from the logistics sector. As a semitrailer manufacturer, Krone is exhibiting its Profi Liner Ultra and also offers fan merchandise for drivers and motor sport fans in a swap body converted into a shop box. The practical travel trolley by Krone is particularly popular with long-distance drivers. 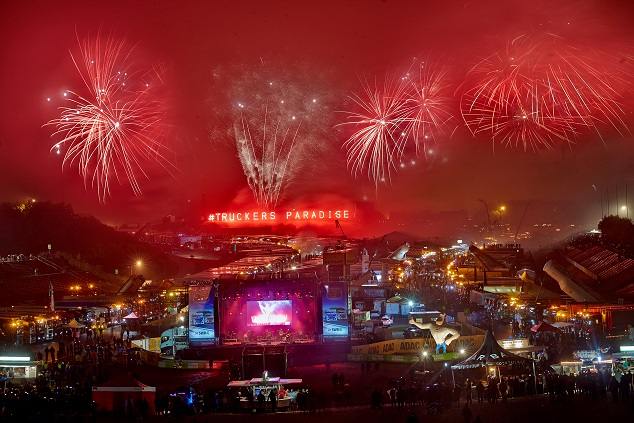 The expert audience takes advantage of the cooperation between Krone and the Czech game producer SCS Software to simulate a drive with the Euro Truck Simulator on various tractor units and semitrailers from Krone. Commenting on the event today, Ingo Lübs, Krone Commercial Vehicle Group’s Head of Marketing, said: “We are delighted to be back partnering the FIA European Truck Racing Championship once again in 2018. Truck Racing is more than just driving around in circles. It takes determination to be on top. It is about speed and mastering techniques and tactics. At Krone we never slow down when it comes to best performance in transport logistics.”