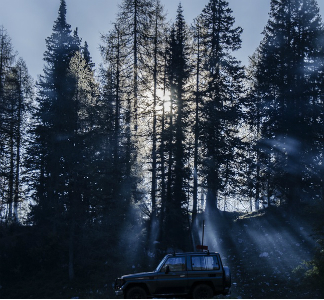 The Jeep® brand momentum continued during the month of September, marking its 23rd consecutive month of year-over-year sales growth for the EMEA region, as well as the second best sales month ever. With 11,200 registrations, Jeep sales were up 63% compared with September last year.

At product level, with more than 5,300 units sold in September, Jeep Renegade was the best seller of the range, representing 62% of the brand’s sales in Europe and ranking number three in Italy in its segment.

In the third quarter, sales were also very positive for the brand both at EMEA and European level. With more than 20,000 units sold in Europe, Jeep sales grew by 130% compared with Q3 last year, recording the best quarter result ever in Italy, Germany, the UK, France and Spain.

During those first nine months, Jeep sales in Europe surpassed the 2014 full year results (41,415 units) and, with 65,695 units, recorded an increase by 158,7% against the same period last year. In the same period, 40,228 Renegades were sold in the Europe region, with Jeep Renegade accounting for 61% of the total brand sales on a year-to-date basis.

Jeep Cherokee’s performance was also very positive. In the first nine months of the year, the vehicle had an 80,9% increase in sales in the European region compared with the same period last year with a triple digit growth registered in some of the major countries with +115,7% in Italy, +113,4% in the UK and +109,9% in Spain.