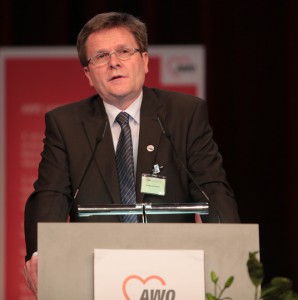 Jaguar Land Rover are appointing Wolfgang Stadler as their new Director of Manufacturing.

He joins from BMW Group, where he has held the position of Senior Vice President of BMW Plant Dingolfing.

“He brings a wealth of experience at this exciting time when Jaguar Land Rover is restructuring and going for sustainable and profitable growth simultaneously.”

Mr Stadler will replace Paul Cope, who is retiring after 37 years at Jaguar Land Rover and Ford Motor Company.

Image courtesy of AWO Bundesverband, with thanks.