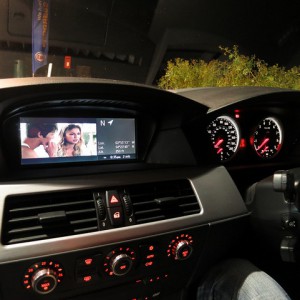 Almost three-quarters of respondents to a June survey would like a digital radio in their next car, with DVD and gaming capabilities also highly-desired.

A quarter would like to play DVDs through screens in the headrests and one in ten would like a games console to entertain back-seat passengers.

Dermot Kelleher, Head of Marketing and Research at motors.co.uk, said: “One of the key trends in the automotive sector this year has been the desire of carmakers to develop more innovative in-car entertainment devices and apps.

“Indeed, music streaming platform Spotify has announced partnerships with both Volvo and Ford which will see the service integrated with the dashboard and steering wheel control systems of selected models.”

While 80% of people currently have a CD player in their car, just 38% have digital radio and around one in four have mp3 compatibility.

However, demand for being able to play music from a wireless device or cloud service through a car’s speakers is growing.

A third of people said they want to be able to play music saved on a cloud platform, like Spotify, directly from their car’s control system.

Andy Coulthurst, Managing Director of motors.co.uk, added: “Dealers are perfectly placed to understand the desires of the consumer marketplace when it comes to in-car infotainment.

“There are plenty of innovations within the new car marketplace and a large volume of built-in tech which is now making its way into the used sector.

“The challenge is to know which technology will add a price premium and which is less desirable to the modern consumer.

“Many manufacturers have tried out in-car entertainment systems which didn’t work or have been superseded by modern technology.

“But, there are a few standard upgrades which will almost always add value; including digital radio, DVD-playing facilities and smartphone connectivity.”

Image courtesy of waldopepper, with thanks.