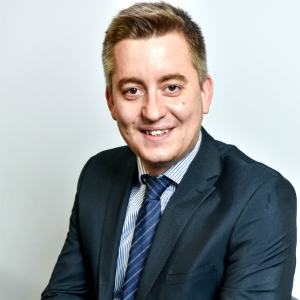 The Sentencing Council’s decision to increase speeding fines for the most serious cases is a positive step in boosting safety on British roads.

Safety should always be a number one priority for businesses with fleets and the decision to significantly rise the penalty for drivers who exceed the speed limit sends a clear message that such behaviour is not acceptable. However, whilst hitting drivers’ pockets will encourage some to slow down, it is essential that employers invest in education and technology to really make an impact on long-term behaviour.

Following a consultation launched by the Sentencing Council for England and Wales, magistrates will be able to issue harsher punishments for motorists convicted of speeding 21mph or more over the legal limit. Due to come into force in April 2017, the new guidelines follow feedback suggesting that previous punishments did not take into account the increase in harm caused by incidents occurring at higher speeds. Whereas magistrates dealing with the worst cases of speeding were previously advised to calculate fines at a minimum of 100 per cent of the motorist’s weekly income, from April, fines will start at 150 per cent.

Whilst financial sanctions are an obvious deterrent to those intent on speeding – and will go some way in helping to make roads safer – for those businesses with fleets, managers should take additional steps to tackle the problem. From education to harnessing technology, fleet managers can utilise a range of methods to change and influence driver behaviour, ensuring that staff always act in a safe and legal manner.

When it comes to educating a workforce, fleet managers should use internal communications, such as newsletters and workshops, to reinforce the dangers of exceeding the speed limit. If an employee is aware that driving too fast significantly increases the chances of a serious or fatal accident, they are more likely to drive at a safer speed. However, education isn’t a one-way conversation. Fleet managers should talk to their staff and request feedback on why they may feel the need to speed. If responses include factors such as ‘not enough time to travel in between jobs’, then it becomes the manager’s responsibility to tackle the issue and ensure drivers have sufficient time to carry out their tasks.

To record drivers’ speeds, fleet managers should consider installing a vehicle tracking system. In-vehicle Telematics can be a useful tool for monitoring the speed of drivers, as they can instantly alert head office when a driver goes above the limit, as well as provide reports to highlight how many times a speed limit is breached. By identifying those employees who drive at an inappropriate speed on a regular basis, managers will know which staff will benefit from additional training and support. Similarly, speed reports can be used to introduce an incentive system, whereby employees are rewarded for safe driving. This method can be just as effective as a disciplinary approach when encouraging drivers to obey the rules of the road.