More incentives needed for next stage of Earned Recognition growth 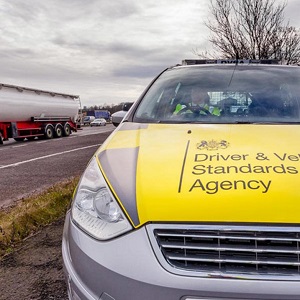 The Freight Transport Association (FTA) has welcomed DVSA targets to get 22% of HGV and public service fleets Earned Recognition accredited by 2020, but has said more benefits will need to be added to get there.

More than 60 HGV and PSV operators, which between them run more than 43,000 vehicles, have been taking part in a pilot of the scheme, which started last April.

These operators regularly share performance information with DVSA. In return, their vehicles are much less likely to be stopped for inspections, freeing up the agency’s examiners to target the most dangerous lorry, bus and coach operators and drivers.

A spokesperson for the DVSA said: “We have 4% of fleets at launch and we hope to have around 10% of the HGV/PSV fleet by the end of this year and 22% by the end of year three.”

However, James Firth, FTA head of licensing policy and compliance information, said: “If we could get to 22% we would welcome that number of operators demonstrating excellence.

“But at the moment it’s a badge of honour and a way to stop getting stopped at the roadside, but there has to be more benefits.

“Earned recognition requires time and investment and you’re not going to increase operators without something more tangible.”

The FTA and those involved with the pilot, like BT and John Lewis Partnership, have all suggested additional benefits like being able accredit their own teams to inspect vehicles at their Approved Testing Facilities (ATF). Other suggestions include being able to use bus lanes and to be recognised by other enforcement agencies like Transport for London (TfL) to reduce roadside inspections in the capital.

Firth said: “What we’ve got currently is good operators getting recognised for what they already do.

“For the scheme to be a real success we have to incentivise other fleets to change gear. “There are 60 organisations that have been through this process now and the FTA is here to support any company that is going to take on the work to get accredited.”

Firth said the DVSA has made no indication that it will be introducing any additional benefits, but the FTA will be pressing the fact that there needs to be to boost the level of accreditations in the future.

Fleets involved in the scheme told Commercial Fleet how tough the accreditation process is to get through, but Firth said this is “as it should be” if it is truly meant to represent the cream of the crop.

Dave Rowlands, technical services director at logistics services company Wincanton, another company involved in the pilot, detailed what fleets can expect if they want to get become accredited.

He said: “We were subjected to over 24 hours of audit across four operational site visits, supported by the provision of numerous policy and procedural documents, reports, and face to face reviews.

“It was a rigorous and an exacting examination of our operation, for which the accreditation is duly validated.”

He said: “It makes you keep your house in order and I think for some fleets it can be easy to operate under the radar.

“The benefit is that you can look at what processes might not be working as well and see where you can change things that you might not have noticed before.”

Edwards said joining the scheme has created more admin of around a day a month to run reports and fix any issues before reporting to the DVSA on a monthly basis. However, he is confident this admin time will reduce as the scheme beds in.

Jerry Ward, legal operations manager for transport at the John Lewis Partnership, said keeping vehicles moving is imperative and the biggest benefit of the pilot so far has been to reduce roadside checks.

Ward said: “Allowing earned recognition operators in the future to self-test would be a major advantage. Not having to arrange for DVSA inspections would save businesses, like the John Lewis Partnership, considerable time and money each year.

“Going forward, we would like for earned recognition operators to be recognised more widely in other areas of transport enforcement, such as TfL. Greater collaboration between the DVSA and TfL would help eliminate the need for additional roadside checks.”