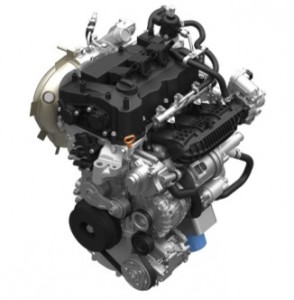 The new engines come in three capacities – 1.0litre, 1.5litre and 2.0litre – and ‘will deliver a dynamic performance, as well as class-leading output and fuel economy’.

Together with Honda’s 1.6litre diesel engine and hybrid technology, the new turbo engines will be applied on a number of future global models.

The first VTEC TURBO set to come to Europe will be the 2.0litre, direct injection, four-cylinder turbo engine, which will appear in the forthcoming Civic Type R.

It will have an output in excess of 280PS and will be EURO 6 compliant.