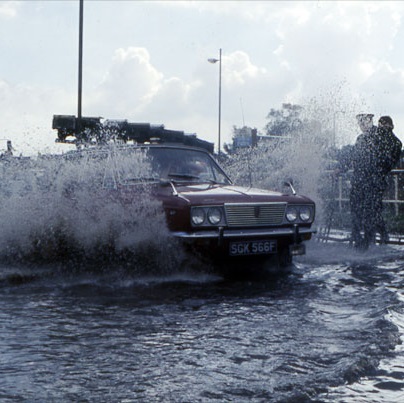 Drivers must remain vigilant to avoid hidden hazards left by the recent horror floods, the AA have warned.

The Met Office have declared this winter as the wettest on record and, despite the worst having passed, groundwater levels are remaining very high.

Darron Burness, Head of the Flood Rescue Team at the AA, said: “Even though river levels are dropping, surface water flooding is expected to remain a hazard for at least the next couple of months, as the water table is so high.

“This means it won’t take much rain to set the clock back in some places given the ground and drains are bursting. With so many roads still affected, you need to remain vigilant when driving, particularly after dark or in an unfamiliar area.

“As well as the water itself, the flooding is presenting other, sometimes hidden, hazards.

“Our patrols report cars damaged or left stuck by missing or broken manholes, drains and kerbstones.

“A puncture is one thing but these ‘wheel breakers’ are potentially deadly if you’re on two wheels.

“The actual road surface is in a pretty sorry state in many places too.

“The rain has washed out loose material, aggravating any existing damage, and as waters recede, silt and other debris get left behind.”