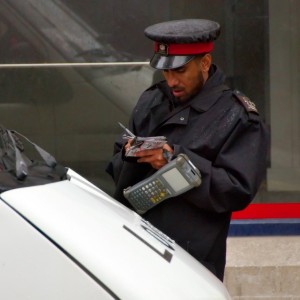 Businesses as well as motorists are being stung by half-a-billion-pound parking fine profits, the Freight Transport Association (FTA) have insisted.

The FTA insist that, as well as private motorists, delivery companies attempting to supply vital goods to towns and cities are being hit.

Christopher Snelling, Head of Urban Logistics at the FTA, said: “This isn’t just about parking – it also comes from loading and unloading.

“Many of our members are incorrectly fined as authorities are too eager to judge that they are parked when in fact they are in the legitimate process of delivering to local businesses.

“Many fines are also issued incorrectly when we had every right to be delivering in that location.

“These fines amount to a stealth tax on local businesses in these areas.”

The FTA’s own PCN Survey 2012 revealed a 50% leap in the number of fines being issued in London.

It also recorded a rise in delivery costs which was directly related to the increase in the number of PCNs issued on the capital’s roads.

Furthermore, UK parking fine profits for 2013/14 are expected to be even higher: budgets submitted to the government by councils suggest figures could reach £632million.

“Authorities should not use the money made to support their general revenue as this gives them a perverse incentive not to help companies be able to deliver successfully,” added Mr Snelling.

“Instead the money should be channelled into improving loading space and parking availability and to improving the quality of enforcement, so that haulage companies are helped to make deliveries safe and efficient, to benefit the local economy.”

Image courtesy of salimfadhley, with thanks.