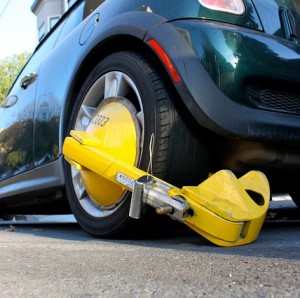 Automatic number plate recognition technology (ANPR) is being rolled out in car parks across the country to spy on drivers and issue tickets through the post for any misdemeanours.

The technology – which could soon be banned in council car parks – has come as a reaction to the last October’s private wheel clamp ban.

A huge surge of post-issued parking charge notices is being reported by the AA, who claim the rush of tickets was inevitable.

Edmund King, President of the AA, said: “We are pleased that after decades of clamper extortion their practices have largely been consigned to history.

“However, private parking enforcement remains unregulated and is a free-for-all when even firms signed up to a code of practice breach their own rules.

“It seems many of the notorious clampers have moved their sharp practices to private parking enforcement.

“Others seem to have adopted strong arm tactics to threaten drivers into paying tickets that are often unjust and set at an unreasonable level compared to those issued by regulated local authorities.”

Complaints to the AA have increased, exposing a new and hard-line attitude by private enforcement firms.

Recent cases have shown harsh treatment of a diabetic, who slept slightly beyond the two hour limit at a deserted motorway service area in the early hours after having concerns about his blood sugar level.

Despite obtaining a doctors certificate, the parking firm rejected his appeal and, although he said this would cause hardship, the firm said he could pay the £60 by monthly instalments.

Another member in London was threatened with a £160 parking ticket which breached the £100 maximum recommended by the British Parking Association’s code which the enforcement firm was signed up to.

She was so scared she paid up rather than taking the case to the new independent appeal service POPLA.

However, POPLA are struggling to cope with appeal demand, with their website warning of a back log.

Latest statistics show 13,611 appeals were registered up to late August, with only 6,913 decided.

“With the new independent appeal system apparently bursting at the seams it is clear many drivers feel unfairly done by but are finding it hard to get a result,” added Mr King.

“We are very concerned about POPLA’s difficulties, which they assured us they could overcome with additional staff some months ago and we hope meltdown can be avoided.”

Image courtesy of ecastro, with thanks.