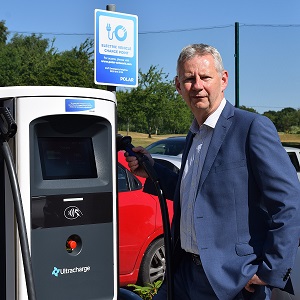 Analysis by the AA shows that the Chancellor could be primed to increase fuel duty by eight pence per litre, should he wish to fund the Prime Minister’s £20 billion boost to the NHS solely from the tax.

Having been frozen since 2011, fuel duty currently stands at 57.95 pence per litre, but Philip Hammond told the Commons on Tuesday that they needed to consider “the other side of the coin” as he hinted at an increase in the upcoming Budget.

The Treasury would need to find an additional £4 billion a year to fund the £20 billion commitment. Fuel duty receipts in 2016/17 were £28 billion.

The reality of an increase of this magnitude would mean an additional fuel cost of £192 per year for a two car family. Young drivers and low income families, who are traditionally the most car dependent, would feel the pinch most.

In a recent poll by the AA, only 1% of drivers felt that increasing fuel duty was the best way to pay for additional NHS spending.

Last month the Chancellor indicated that future tax rises will be needed to help fund the NHS. Which if any of the following would you consider it most acceptable for the Chancellor to increase for this purpose?

Edmund King, AA president says; “Drivers support more funding for the NHS but feel the funding should come from luxuries such as tobacco and alcohol rather than from essentials like fuel.

“Many young drivers and low income families would find their budgets crippled should the Chancellor set his eyes upon fuel duty to fund the additional NHS spend.

“What he may consider to be a shrewd move, would actually be careless and dangerous as it could throw the whole economy off its already precarious track.

“Should Mr Hammond follow his plans through, he will not only hurt low income families, he will also hurt businesses too.

“With next to no public support, the Chancellor has plenty of time to rethink his plans before announcing the Budget in the coming months.”