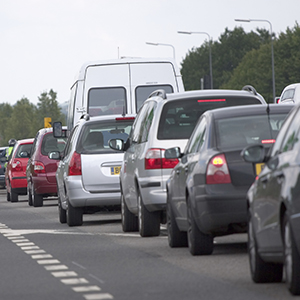 Congestion is a big issue

The Freight Transport Association (FTA) has demanded that “a decision be made sooner rather than later” from the Department for Transport.

The comment comes in response to the Transport Secretary’s announcement that the DfT is to ‘appraise route options in detail’ at each of the proposed Lower Thames crossing solutions.

The FTA has repeated its message that congestion needs tackling now. Malcolm Bingham, FTA’s Head of Road Network Management Policy said: “Once again the DfT’s announcement brings us no closer to building the much needed new Lower Thames Crossing […] There is absolutely no doubt that improving capacity and easing congestion at Dartford is essential in the longer term.”

The FTA has previously consulted their members on the issue of what the best crossing would be, and out of the three options they felt that Option C would bring the most benefits both to the freight industry and tackling congestion at Dartford. They view the decision as a foregone conclusion and therefore feel that the announcement from the DfT is simply slowing down the process.”

Does your fleet drive the current transport route? Which do you think is the best option for easing congestion? Let us know in the comments below.